We asked our Facebook followers to name the most scenic places they had visited on a motorcycle. You responded with nearly 150 comments, many with photos.

We are sharing a few of the responses to inspire you to get out and ride.

John Taylor, of Detroit, took a broad approach to the question: “The Southwest, where open roads stretch as far as the open skies.”

For AMA member Glenn J. Booksh, of Covington, La., the prompt tapped a family memory: “My brother and I did a loop around the Great Lakes a couple years ago. Dipped our toes in each one. Too many amazing sights. Lake Ontario with the Toronto skyline behind
us.”

Charlie Crutcher, of Eagle River, Alaska, revisited a trip from 14 years ago.

“In [20]06, I bought a Kawasaki Concours on the internet,” he wrote. “Flew from Alaska to Fresno, picked it up and rode the Pacific Coast Highway to the ferry in Seattle. Three days up the intercoastal waterway and another day from Haines, Alaska, through Canada, to Anchorage. Adventure of a lifetime. Want to do it again on a KLR650 and [with] a buddy next time.”

Here are some others:

Kicking Horse Pass straddles the Continental Divide at an elevation of 5,338 feet along the border between the Canadian provinces of Alberta and British Columbia. An important transportation corridor for indigenous peoples and, later, the Canadian Pacific Railway, the pass was designated as a National Historic Site in 1971, according to The Canadian Encyclopedia. 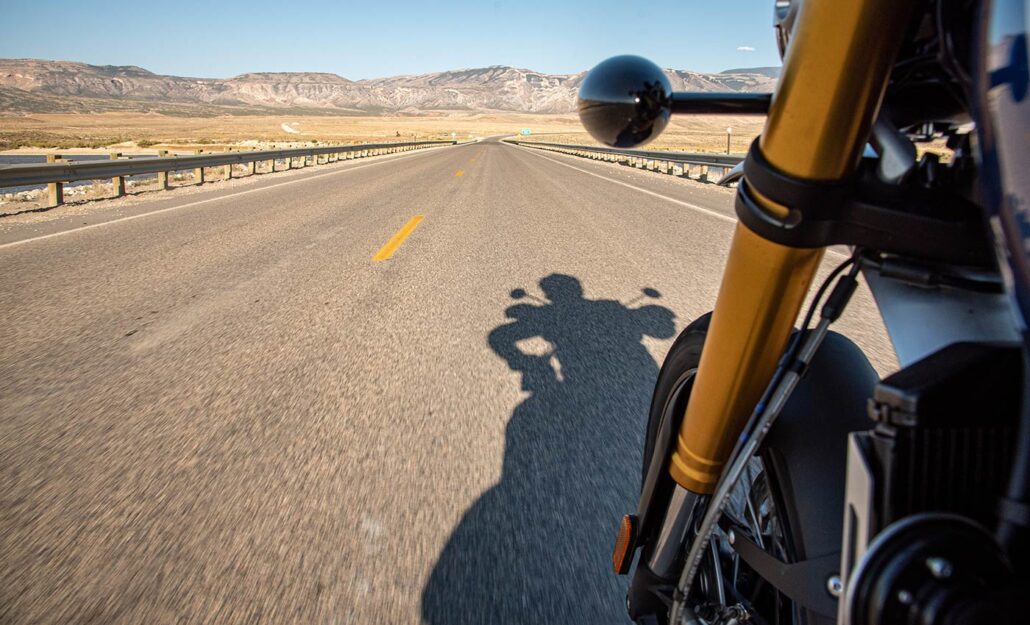 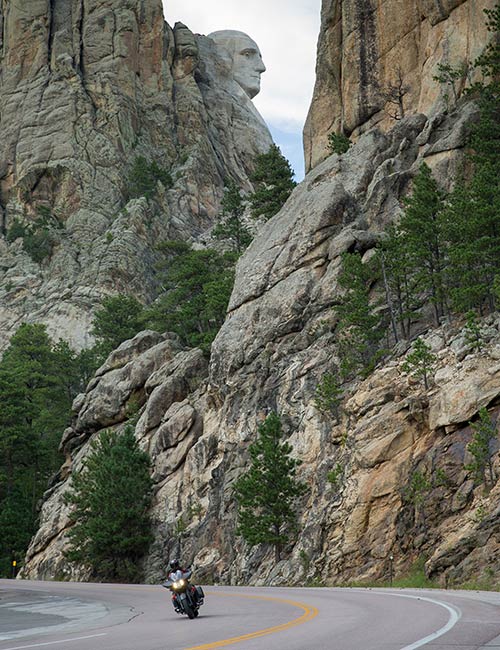 Meat Cove is in a rural fishing village that is the most northerly settlement in Nova Scotia. Camping is a popular way to enjoy this beach and the stunning overlooks. Hiking and birding are popular activities. And there are plenty of scenic roads to ride. The village is near Cape Breton Highlands National Park, as well.

The rugged terrain and beautiful vistas of the Badlands National Park have been popular with motorcyclists for decades, especially for those traveling to the annual Sturgis Motorcycle Rally. The park’s 244,000 acres include a mixed-grass prairie that is home to bison, bighorn sheep, prairie dogs and black-footed ferrets.

AMA Member Bruce Freifeld, of Bronx, N.Y.: “Labrador–though it depends on your definition of ‘scenic.’”

Newfoundland and Labrador is a Canadian province that is the most easterly part of North America. The Labrador portion of the province, which is part of the Canadian Shield, encompasses 113,641 square miles and is home to some of the world’s oldest rocks. In addition to rock formations, the region is known for its dramatic coastlines and dense forests. And the province is home to three national parks, one national park reserve, and 18 wilderness and ecological reserves.

Craig A. Cooper, of Bluffdale, Utah:

“Stelvio Pass, a few years ago. Incredible scenery high in the Alps. The road is zigzagging down in the valley to my right. Very technical but thrilling to accomplish the ride to the top.”

Stelvio Pass is an Alpine pass at the base of the Ortles mountain range in northern Italy near the Swiss border. At 9,042 feet, it is one of the highest road passes in Europe and provides motorcyclists with one of the most famous sets of twisties in the world. Aside from the challenge of navigating the switchbacks, riders must resist the temptation to focus on the beautiful scenery provided by the nearby glaciers.

The Brushy Mountains are a spur of the Blue Ridge range in northwestern North Carolina. The relatively low mountain range offers spectacular fall colors and summer greenery. Many streams in the area feed the Yadkin River. The highest point in the area is Pore Knob at 2,680 feet.

Highland County is known as “Virginia’s Switzerland,” boasting the highest average elevation east of the Mississippi River. Bath County, Virginia, is nearly 90 percent forest and state parks land and does not have a single stop light. Alleghany County is home to the state’s oldest covered bridge and an 80-foot waterfall along Falling Spring Creek. 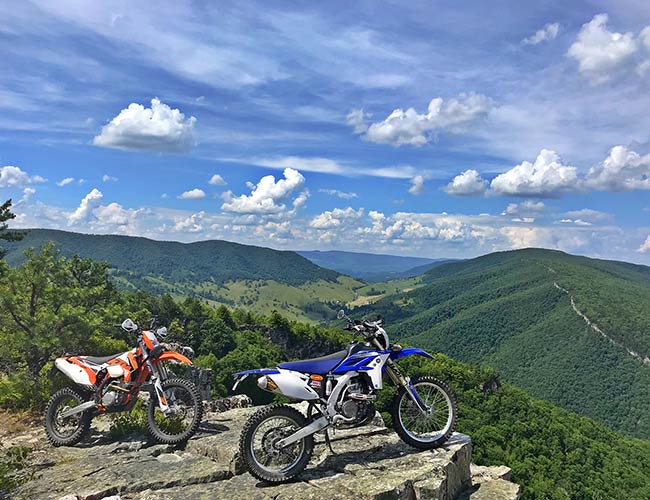 The Beartooth Highway is a 68-mile National Scenic Byways All-American Road that wends its way through part of Montana and northwest Wyoming. The highway, which opened to vehicular travel in 1937, leads to the northeast entrance of Yellowstone National Park. The terrain is among the highest and most rugged areas in the country. Twenty peaks rise to more than 12,000 feet. The highway is the highest elevation roadway in Wyoming (10,947 feet) and Montana (10,350 feet).

The California coastline north of San Francisco is filled with scenic spots that attract artists with their easels throughout the year. Small towns, farms and vineyards make great stops for food and beverages along the ride. The region provides access to Redwood National Park, home to some of the tallest trees in the world. And, of course, the Pacific Ocean is a constant companion during your trip.

The Valley of the Gods in southeastern Utah is filled with sandstone monoliths, pinnacles and other geological features created by the wind and water eroding the terrain over eons. A 17-mile gravel and clay loop takes riders on a two-hour tour that includes traversing washes and other rugged areas. If you are not on an adventure or dual-sport motorcycle, check with officials at the U.S. Bureau of Land Management’s Monticello field office before venturing out.

From the state’s eastern plains to the towering peaks of the Rocky Mountains, Colorado offers scenic rides for all types of motorcycles. The San Juan Skyway was named one of America’s best spring drives, because of its spectacular views. Old mining towns and historic sites are found throughout the state. And Dinosaur National Monument is tucked into the northwest corner of Colorado.

Mount Rainier dominates the Washington landscape, rising to 14,410 feet about sea level. The roads in and around Mount Rainier National Park flow through wildflower meadows and ancient forests. Mount Rainier is the most glaciated peak in the contiguous U.S. and is the source for five major rivers.