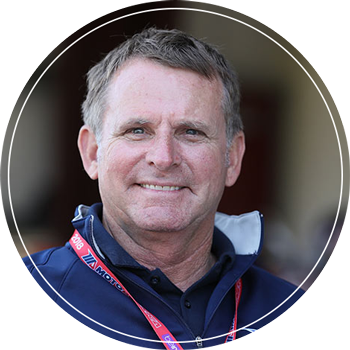 The 2020 MotoAmerica Series season started with a May 29–31 event at Road America, but, due to the coronavirus restrictions, no spectators were allowed to attend that first round. Despite that, the weekend was a success.

Niccole Cox, MotoAmerica’s director of operations, worked with Road America, the Elkhart Lake City Council, the Safe-to-Race Task Force, the federal Occupational Safety and Health Administration and the U.S. Centers for Disease Control and Prevention to develop a health and sanitation plan.

We followed all the proper protocols, conducted paperless registration, practiced social distancing throughout the paddock, wore face masks and did everything necessary for a successful race weekend. The plan had to be very well thought out and very well implemented.

A lot of work went into making it happen—from us, from Road America, and from our teams—but it paid off. We were on national and international TV, and it was a very successful weekend.

With MotoAmerica being the first national professional motorcycle road racing series to return to racing, there was a natural curiosity about how our weekend was going to go, from the social distancing, to the paddock setup, to the quick starts on the grid, to our podium.

We work closely with Dorna, the MotoGP and World Superbike rights holder, and we were able to show them how everything worked for us, what an event looks like on live TV and how we managed the race weekend.

Wisconsin is one of the states that has opened up, and masks are not required there. That’s their stance on the situation. As for us, we control the pit lane and what happens on the track. So, in those areas, for Round 2 on June 26–28, we required all team personnel to wear masks, and we also practiced social distancing.

The fans weren’t required to wear masks, but we ensured that there was social distancing between them and the teams. We had autograph sessions in the paddock on both Saturday and Sunday, and we canceled our Fan Walk on pitlane. We asked the riders to sign their posters before the event, so they could have them ready for the fans to quickly and safely access from a safe distance. 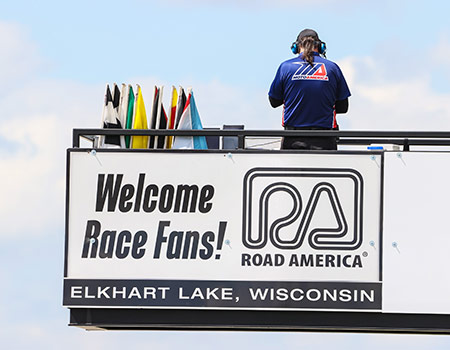 We also had signs that encouraged social distancing. We had sanitizing stations. We asked spectators to give us their names and information, so we could contact them if something came up during this process. And the track helped us with all that.

Since MotoAmerica began in 2015, we’ve worked hard to create and maintain strong relationships with the TV networks. We contact them every year about what can be done to get more coverage for our sport. And, this year, with the coronavirus, we worked with them to get back to racing.

The pandemic is a terrible thing, and we can’t make light of the seriousness of the situation. But, for MotoAmerica, there was a silver lining. It provided some opportunities for us with FOX Sports 1. We’re generally on FS2, but FS1 is available in 45 percent more homes than FS2. I think FS1 was surprised by the numbers that MotoAmerica produced for them.

Also, we already had a relationship with Eurosport; but, again, because of the pandemic, it opened up some opportunities for us, because they were looking for live sports content. When they saw the quality of the broadcast that we produce, they were like, “This is second to none. This is a high-level, expertly produced motorcycle racing series.” We have slow motion, on-board cameras, instant replay. We have teams and riders who compete at a very high level. We produce a good show.

Sometimes, it’s hard to stand out from the crowd when you’ve got everybody else trying to do the same thing; but when Eurosport saw our product, it really got
their attention.

Chuck has been making sure the TV networks know we’re racing. He’s done a good job keeping our name out there and letting everybody know that this is where we’re at. And, we were the first national motorcycle road racing series to return to racing in front of live spectators.

Eurosport liked what they saw, and they’re going to broadcast MotoAmerica races through the rest of the year. Our agreement with Eurosport puts MotoAmerica in 158 million homes in more than 50 countries. Plus, about half of those countries are going to do their own live broadcasts of MotoAmerica in their languages and with their commentators. There is a lot of interest from Europe.

Before the MotoAmerica era began in 2015, the United States had a six-round series or so, and little to no TV. Then, we took it over. Now, we have a 10-race series. We have agreements with FOX Sports and NBC Sports, and we have a new agreement with MAVTV. And now, we’re on Eurosport. We have our own MotoAmerica YouTube channel. We have MotoAmerica Live+, which is our subscription streaming and video-on-demand service.