As an AMA Life Member, I would like to thank you for your short article in the June edition of American Motorcyclist on electric mountain bikes (eMB). They are sadly little understood in the United States.

While California led mountain-bike development in the early years, not least by “Specialized,” a California-based company, the U.S. completely missed the opportunity to adapt to eMBs, which were taking the market by storm in Europe. So much so that Specialized moved its eMB design, development and marketing to Switzerland some years ago.

eMBs provide electric torque proportionally to the amount of effort put in by the rider. They are silent and immense fun to ride. They require a slightly different riding technique going uphill, and they open up the countryside to riders like never before.

They are not off-road motorcycles. They are electric-assist bicycles. If you don’t put in the effort, you don’t get any support.

Lack of understanding of eMBs has resulted in a dearth of trail networks in the U.S., compared with Europe. It is to be hoped we can catch up with the Europeans on this lifestyle change to give us the opportunity to enjoy our beautiful countryside, as well as keep fit, like never before.

Thank you, Mr. Dingman, for framing the encroachments upon our rights in such an unequivocal way (“Eroding Freedom,” June 2020). It is refreshing for someone with a significant public exposure to simply “tell it like it is,” and, frankly, I did not expect that from the AMA.
Thank you! There are many more of us out here than are on the TV.

Willing To Surrender Freedom For Safety

I have been disappointed with a few of Rob Dingman’s editorials in the past, but wasn’t prompted to write in until reading “Eroding Freedom” in the June 2020 issue.

As a doctor of veterinary medicine, I have pursued extensive training in biology, chemistry, epidemiology, and statistics. While I agree with the general sentiment that the steps we have taken to mitigate the spread of COVID-19 have caused great difficulties for many people in their daily lives, I think it warrants keeping in mind that these steps were taken to save lives and slow the spread of economic disruption that is inevitable in a time of a pandemic.

A novel virus with mortality as high as COVID-19 has not been seen in over 100 years. If we had not taken the steps that we have, we surely would have lost more than the over 100,000 American lives we have already lost and global and domestic markets would surely be destabilized for longer than they are on track for now.

If the AMA is to remain relevant and prosperous in the future, the leadership will need to be more open to the inevitable change and progress that comes with time. It is not helpful to broadly complain about having to make compromises in unprecedented times and throw out vague dog-whistle, fear-mongering references to the constitution in a time when we should be pursuing unity and discussing solutions.

As a medical professional and avid motorcyclist, I long for membership in an organization that espouses values of open discourse around our passion for motorcycles and the issues that affect us as riders.

Thanks, Danny. It was not the intent of the June staff column to question the validity of government actions taken to prevent the spread of COVID-19. Rather, the point of the column was that we should not take our freedom to ride a motorcycle for granted as it can easily be taken away with safety as the justification. 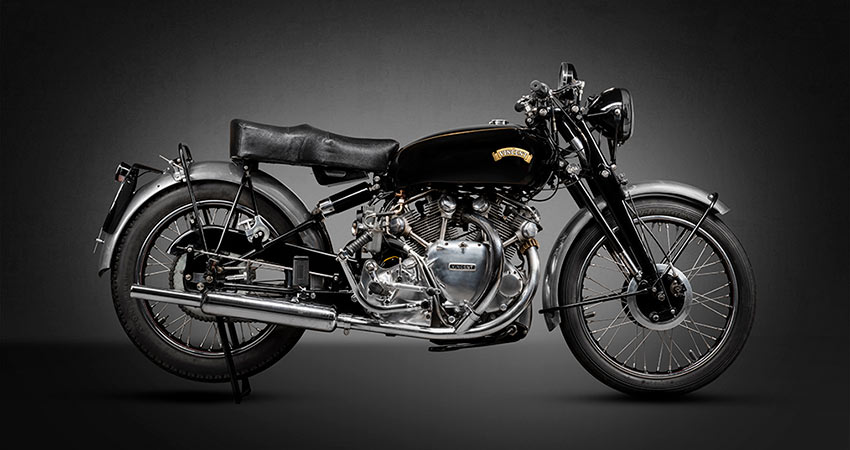 Pickerington, Ohio, being 3,951 miles from Exeter, United Kingdom, I never mind my American Motorcyclist arriving a few days late—the centerfold, alone, is often worth the wait. This month it’s a beautiful photo of my first love: a 1954 Vincent Rapide. I enjoyed the spread enormously, thanks. And it’s good to read again about Rollie Free’s amazing ride on a modified Rapide—appropriately called the “Lightning”—when he set a new U.S. speed record of 150 mph, snatching the record away from Harley-Davidson.

At a time when many motorcycles struggled to reach 100 mph, this was an amazing performance. But it was beaten a few years later by speed-mad New Zealander Russel Wright.

In 1955, on a 10-mile long public road, Russel rode his streamlined Vincent to a staggering 185 mph to set a new absolute world speed record, the last time such a feat was attempted, other than at Bonneville. Oh well, times past.

In Praise Of Print

I love motorcycles and related magazines. I was receiving five magazines, so I could read about the motorcycling I was interested in.

So, my only current monthly magazine is American Motorcyclist.

I prefer to have a magazine in hand. The AMA is the last to offer me this opportunity on a monthly basis. I [am a Charter] Life member, [with more than] 50 years [of membership] and will continue to support the AMA for my remaining years.