HAS FORD BUILT A GAME-CHANGER?

Motorcyclists Must Remain Top Of Mind In AV Tech Development 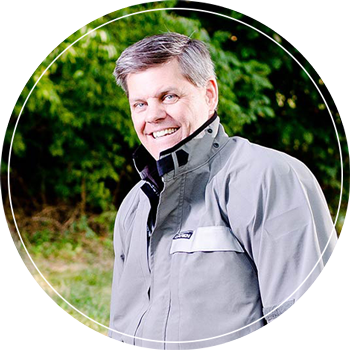 Recently, AMA Board Member Jeff Skeen sent me a link to a news story which proclaimed that one feature of Ford’s latest F-150 pickup truck offers great news for motorcyclists.

The piece, which appeared in the “Lifestyle” section of the forbes.com website, discussed a driver-assist feature called “Intersection Assist,” which apparently is available on the 2021 model. Although I was unable to find detailed information about the feature on Ford’s website—because the information there is merely promotional—according to the story, the optional feature can detect an oncoming vehicle and apply the brakes to stop the truck, even if the driver intends to enter the intersection. This would appear to be, as the writer of the story points out, an advancement beyond mere blind-spot monitoring and lane-keeping assistance.

A motorcyclist himself, the writer noted that this might help prevent the dreaded left turn in front of a motorcycle that is the cause of too many motorcyclist fatalities. Jeff’s comment to me in his forwarded message was that this is a game-changer for motorcyclists.

Autonomous vehicles have been a frequent topic in this column space. I have, with some regularity, expressed significant concern that the underlying technology that allows vehicle autonomy was not being developed with adequate consideration of motorcyclists and the ability to detect us on the roadways.

A preliminary study conducted by Dynamic Research Inc. regarding the response of forward collision warning systems to motorcycles supports this concern. The study found that existing and New Car Assessment Program activities proposed for the near future “are focused on evaluating the abilities of vehicle-based crash-avoidance technologies to avoid car-car, car-pedestrian and car-bicycle crashes but do not explicitly address issues of car-motorcycle crashes.”

Further, the motorcycle in the study was inadequately detected in 40 percent of the study’s trials. This compares with the findings of the frequently cited Motorcycle Accident In-Depth Study, or MAIDS, that 37 percent of all other vehicle-to-motorcycle accidents involved the other vehicle driver’s failure to see the motorcycle. Given that data, it would appear that current forward collision warning systems’ inability to detect a motorcycle is still slightly worse than a driver’s ability to detect a motorcycle.

My concern has always been that motorcycles could be excluded from certain—or worse, all—roadways due to the failure of automated vehicle systems to detect the presence of a motorcycle. This concern has always been tempered by a recognition of the tremendous potential for this technology to make roadways safer for all motorists—and, particularly, motorcyclists—provided the technology is proven to accurately detect and properly react to motorcycles in every instance.

Considering our distinct minority among road users, the exclusion of motorcyclists from our national transportation infrastructure to facilitate the virtual elimination of motor vehicle crashes, injuries and fatalities is not out of the realm of possibility.

The subject of autonomous vehicles is one that receives a lot of attention from our government relations staff. The AMA has been involved with this issue since the 1990s, when I was working in our Washington, D.C. office. AMA Director of Government Relations Mike Sayre serves as chair of the federal Motorcyclist Advisory Council. The MAC was created by Congress to advise the Federal Highway Administration on a variety of matters, including road maintenance, work zone safety and roadside barriers as well as automated vehicles.

A few years ago, former AMA Vice President for Government Relations Wayne Allard and I learned in a private meeting with U.S. Secretary of Transportation Elaine Chao that she was not yet aware autonomous vehicles were being developed and deployed without the adequate ability to detect motorcycles. It has been through meetings such as that one and the efforts of Mike and our government relations department that the AMA has been able to make an impact on the development of automated vehicle technology and its ability to detect motorcycles on the roadway.

This latest technological offering from the Ford Motor Company may be an indication that we are making headway and being heard by auto companies and technology developers as well as agencies of government. As evidenced by the Dynamic Research Inc. study, our work is not complete, however, and much still needs to be done to ensure that motorcycles can always be detected by all autonomous vehicle technologies that are deployed for use on our nation’s roadways.

As autonomous vehicle systems evolve, it is critical that they keep improving their ability to detect and avoid crashes with motorcycles. The more that technology advances in this regard, the safer our roadways will be for motorcyclists. Let’s hope Jeff Skeen is right that this advancement by Ford is a game-changer.