Change Would Have Affected OHVs

ASenate subcommittee has dropped a plan for a massive expansion of Naval Air Station Fallon and the Nevada Test and Training Range outside Nellis Air Force Base. 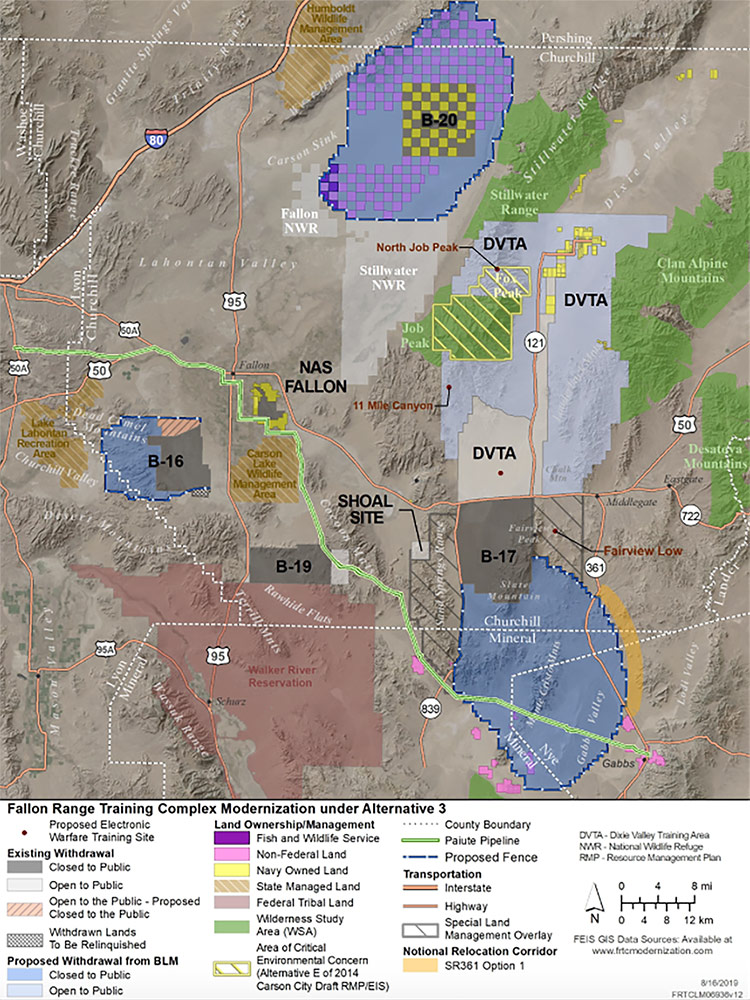 ▲ The Naval Air Station Fallon and the Nevada Test and Training Range where the proposed expansion would have occurred
U.S. Bureau of Land Management

While the Senate version of the National Defense Authorization Act for 2020-2021 leaves out the range expansion, the House Armed Services Committee has not presented its version.