▲ Eight of the 17 qualifiers for September’s Williams Grove Half-Mile I and II SuperTwins main events were not born when Larry Pegram (72) won that race in 1994. This year, Pegram finished eighth and 10th, respectively, in the two-night affair.
Photo by AMA Pro Racing

I asked Pegram about his amateur days, why he switched from flat track to road racing, who was the most talented rider he faced, and what drives him to compete with riders half his age. Here are his responses.

“I started riding when I was 3. We used to go out this track called Honda Hills. They had a flat track on top. I would always sneak up there. My dad said, ‘Do you want to do that?’ So, I started flat tracking.

“I used to race this kid named Jesse Roeder—you know, the Roeders. Jesse and I would go at it on 50s, 60s and 80s. At the Nationals, I would go at it with Mike Hale from Texas. Mike and I battled all the way through Novice, Junior and Rookie Expert. We were rivals, but we were good friends.

“As I got older—12, 13, 14, 15—Ohio tracks started going away, and everybody started racing in Michigan. I met Mike Camphouse, Ron Wood’s East Coast guy. At the time, I had won more amateur nationals than anybody, so Ron knew who I was. Ron was neat guy. He could make anything better.

“Back then, you had to be 16 to turn pro. You had to be a Novice for six months, and you had to earn a certain number of points. I turned 16 in September, and I immediately got enough points through the last few races of the year. In March, at Daytona, I wanted to be the top Junior. Hale and I went at it the whole year, and he beat me by 1 or 2 points.

“Our Rookie Expert year, we were going to go at it again. We went to Daytona, and we both made the first National, the short track. I don’t know who beat whom, but the next race was Sacramento. I broke my femur and arm and missed about half the season.

“I was riding for Johnny Goad, and Skip Eaken was helping him with the Hondas. Rusty Rogers filled in for me. Rusty started doing good, and Johnny gave the ride to Rusty for the rest of the year. I ended up riding Skip’s bikes for the last four or five races of 1990 and made a deal with Skip for 1991.

“Those early years of racing and traveling around the country with Skip, I didn’t realize how much knowledge I was gaining, not just about racing but about life.”

“I started road racing because of Jim France. He was trying to keep flat-track guys road racing when you didn’t have to do that anymore to win the Grand National Championship.

“I saw what Kenny Roberts had done, what Wayne Rainey, Kevin Schwantz and Eddie Lawson had done. They were all dirt-track guys who went to Europe and became 500cc Grand Prix world champions and made a lot of money. I wanted to do the same thing. That was my goal.

“In 1993, I was going to do some dirt tracks and some road races. We went to Phoenix for the first road race. I was running sixth. Donald Jack’s Yoshimura Suzuki blew up in front of me, and I hit the wall. I broke my femur, knee and hip.

“My hip was pretty screwed up. I was supposed to start riding Honda’s 600 at Laguna Seca and, by the next year, be a factory rider. My arch rival, Hale, got the deal, because he wasn’t hurt. They thought I was damaged goods. Mike got a factory ride with Honda, and I ended up riding for Erion Racing and then moving up to Fast By Ferracci.

“I could never ride the same, not mentally, but physically. It was my left leg, so it affected me a lot. Physically, I was never as strong. I still don’t have the range of motion with my hip, so I couldn’t hang off the bike as much.

Talent, Then And Now

“The guys now are better, because they train. Talent-wise, are they better? No. Back then, there were 40 guys, and it was tough—a stacked field. When Chris Carr and Scotty Parker were going at it, if you won a race, you did something. Is it easier to win now? No way. It’s harder. But is it easier to get 15th? For sure. The depth isn’t there, but these guys are better athletes.

“Probably the most naturally talented guy I ever rode a motorcycle with was a sober Ricky Graham. But he was sober maybe 5 percent of the time that I knew him. And when I say sober, I mean sober for the whole year, which was 1993. The guy was unreal. He killed everybody, made ’em look stupid.”

“After I retired, I was bored and feeling like I wasn’t doing much. When that deal happened with Nicky Hayden in 2017 [when Hayden died of injuries sustained in a bicycling crash], I told my wife, ‘Listen, when it happens, it’s going to happen. I promise I won’t do anything stupid. I’m not going to try to pass a guy on the outside on the last lap for fourth place with a 50-50 chance of making it through the corner. But I just want to live.’

“I’m doing it now because I love the camaraderie. I love hanging out with the guys. I love joking around with people. But I also want to get that winning feeling again. You can’t explain it: It’s the buzzer-beater shot in game seven of the NBA Finals, and you make it.

“I would love to win another race. Twenty years ago, I could win a race because nobody else was in shape. They were too busy partying. Now, these guys are the same on the last lap as they are on the first lap.”

▲ Eight of the 17 qualifiers for September’s Williams Grove Half-Mile I and II SuperTwins main events were not born when Larry Pegram (72) won that race in 1994. This year, Pegram finished eighth and 10th, respectively, in the two-night affair.
Photo by AMA Pro Racing 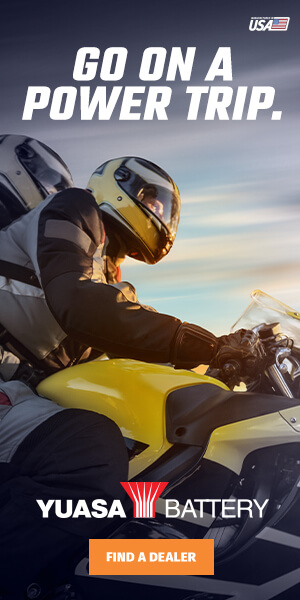 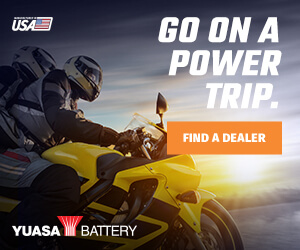