Surely, you know this bike. More than 51 years after its design, the Triumph X-75 Hurricane remains one of motorcycling’s most iconic styling achievements. Its story is widely known, including that 1,154 BSA Rocket 3-based units were built for the U.S. market, curiously badged as Triumphs.

Wanting to learn more, we reached out to the designer, 1999 AMA Motorcycle Hall of Fame inductee Craig Vetter.

Surprisingly, Vetter revealed the Hurricane’s design origins have nothing to do with BSA or Triumph.

In 1968, Vetter was a fledgling fairing maker and created a unified gas tank/seat combination to simplify his new Suzuki Titan’s blocky design.

“It was not intended to be a product—it was fun, and I wanted to do it,” he recalled. “My goal was to do more with less.”

After riding the rebodied Suzuki to a drag race in Indiana, though, he was disappointed that no one looked at it. The reason became clear to Vetter when he saw the Yankee 500 “Boss” Scrambler designed by Dick Mann in the April, 1968, issue of Cycle magazine. Whereas its unified gas tank/seat assembly included an eye-catching recessed midsection, the Suzuki’s flatter midsection “caused observers’ eyes to ‘zoom right off’ and look at something else.”

Coincidentally, the next year BSA Group executive Don Brown commissioned Vetter to design a more exciting BSA, to be paid for only if it saw production. In almost total secrecy, Vetter rolled a donor Rocket 3 triple into his Rantoul, Ill., bedroom, removed the bodywork and began crafting the new Hurricane’s forms right on the bike, using plywood, tape and body putty. 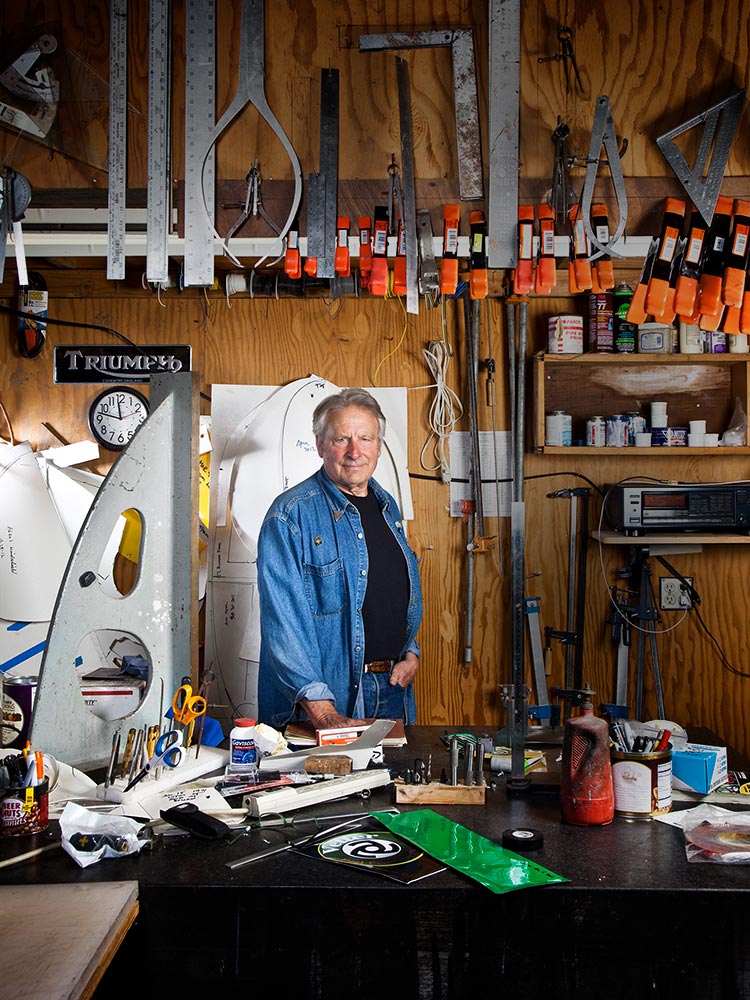 This process took weeks and entailed much scraping and grinding to produce the feminine shape Vetter wanted, including a pronounced vertical section “to stop your eyes from looking at something else.”

Strongly centralizing the bike’s visual mass left “nothing on either end,” a popular chopper look at the time. Furthering this concept, Vetter obtained a Ceriani racing fork, lengthened the tubes and adapted it to the bike.

The bike illustrated here is Vetter’s actual 1969 prototype, the only Hurricane to wear BSA decals on its gas tank, because, ironically, the brand it was designed to save sank prior to the model’s eventual production as a ’73 Triumph. Vetter donated it to the AMA Motorcycle Hall of Fame museum in 1998.

Sharing the exhibit is a pristine production 1973 Triumph X-75 Hurricane. It has 1,675 miles on its odometer and shows just how faithfully the production units followed Vetter’s original vision.
And, the rest, as they say, is history. 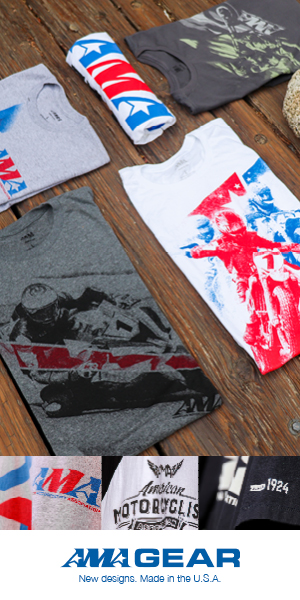