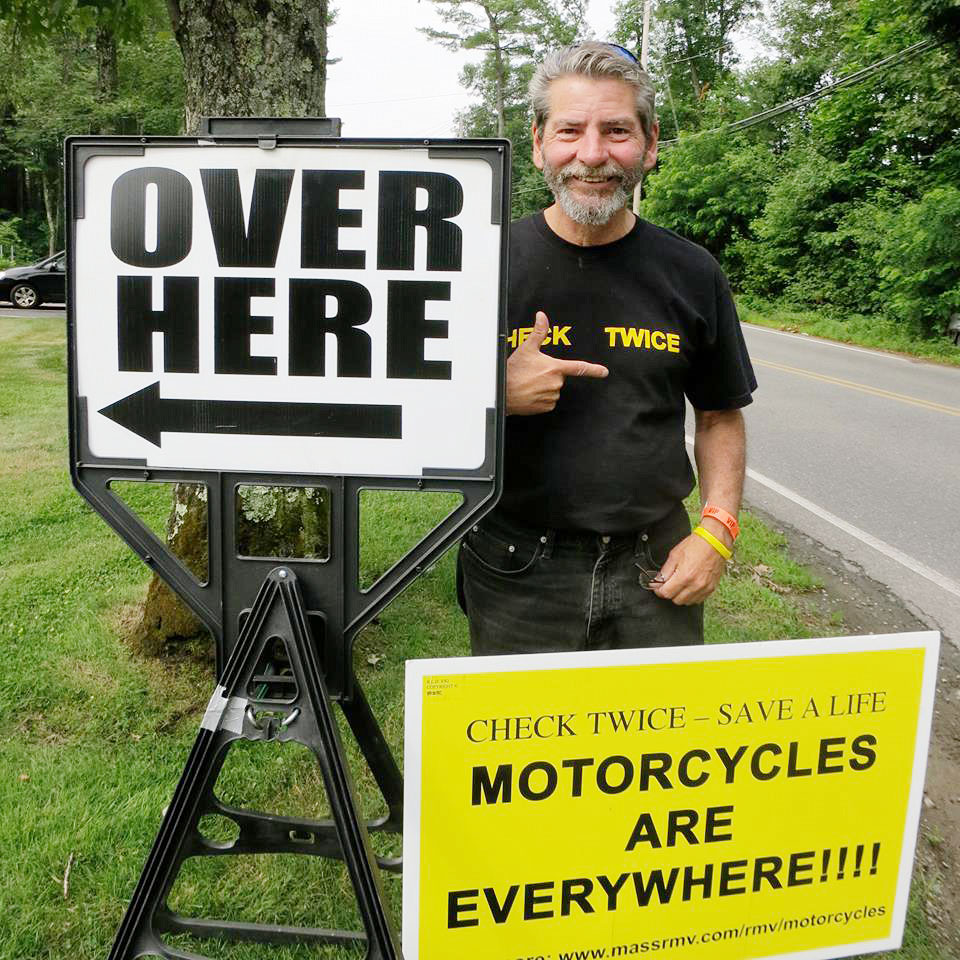 Many motorcyclists know the value of advocacy, but not nearly as many take on this arduous-yet-rewarding task. Paul Cote is one of the select few who has, and he is taking his advocacy a step further.

In 2018, he volunteered to serve as AMA Massachusetts State Chapter Coordinator.

Cote (pronounced koh-TAY) is one of the first seven state coordinators selected for the AMA program. He is a Charter Life Member who joined the AMA in 1998. He also has served as the volunteer legislative director for the Massachusetts Motorcycle Association and has been an AMA Congress invitee for the past 15 years.

“I sensed, as a rider, that we were in the minority,” he said. “I knew there was strength in numbers. I found the AMA and read up on it. I signed up, and the last 25 years have blown by.”

Cote’s involvement in the Massachusetts’ motorcycling community began to grow in May 2000. When motorcyclist Nelson Selig Sr. was killed in a motorcycle crash, he stepped up to help Selig’s friends and family establish a charity ride for Selig’s young family.

After subsequent fatalities among Massachusetts motorcyclists, Cote also assisted with the evolution of Nelson’s Ride into the Massachusetts Motorcyclists’ Survivors Fund Inc. Today, the 501(c)3 nonprofit organization continues to provide financial support for the families of fallen riders.

Cote’s work transitioned to advocacy after the fund was established. In 2004, he worked with the Massachusetts Motorcycle Association and the AMA to get “Nelly’s Law” enacted. The bill mandates the inclusion of a motorcycle safety-and-awareness module in the Massachusetts driver-training curriculum.

Cote and other state coordinators work with the AMA, individual AMA members and AMA Districts to recognize challenges and threats to motorcycling and the motorcycle lifestyle, to disseminate information, and to identify opportunities for AMA volunteers to make a difference in the motorcycling community and beyond.

AMA State Chapter Coordinators have completed the Education, Activism, Growth, Expertise and Skills sections of AMA EAGLES training and have completed, or are currently working on, the Leadership segment.

Cote was enthusiastic about completing the EAGLES training.

“I saw an ad for an EAGLES training workshop down in Baltimore,” he said. “So I flew down from Boston on my own dime.”

“Motorcyclist profiling concerns me, but I believe it can be fixed,” he said. “I work to promote motorcycle awareness aimed at reducing accidents and injuries. I reject those who do not ride telling us what we can and can’t do. I enjoy educating non-riders on the make-up of our riding community.”

AMA State Chapters and Volunteers Manager Marie Wuelleh is directing coordinator selection for each state. AMA members interested in completing the EAGLES training or who would like more information on becoming an AMA State Chapter Coordinator should contact Wuelleh at mwuelleh@ama-cycle.org.