Behind The Line With Connar Henderson 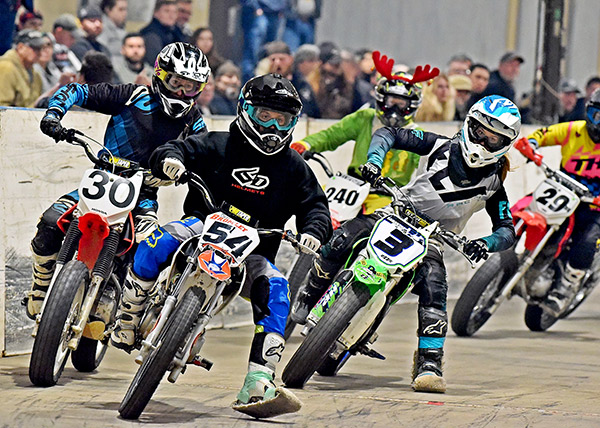 If anyone understands the dedication and commitment it takes to compete in a sport you love, it is AMA member and flat track rider Connar Henderson.

Henderson shared a love of motorcycles with three brothers and three sisters. The fourth of Dianne and John Henderson’s seven children, she was raised in rural Baltimore County, Md., surrounded by cornfields and just a stone’s throw away from the Pennsylvania border. Her first bike was a Yamaha PW50.

Henderson grew up at the local race tracks, with the “Pennsylvania crew” that included young competitors Shayna Texter and Brandon Robinson.

“My entire family has been trail riding and dirt track racing since before I was born,” Henderson said.

But gymnastics was her sport from kindergarten through high school, until multiple shoulder surgeries ended the promise of a collegiate scholarship. 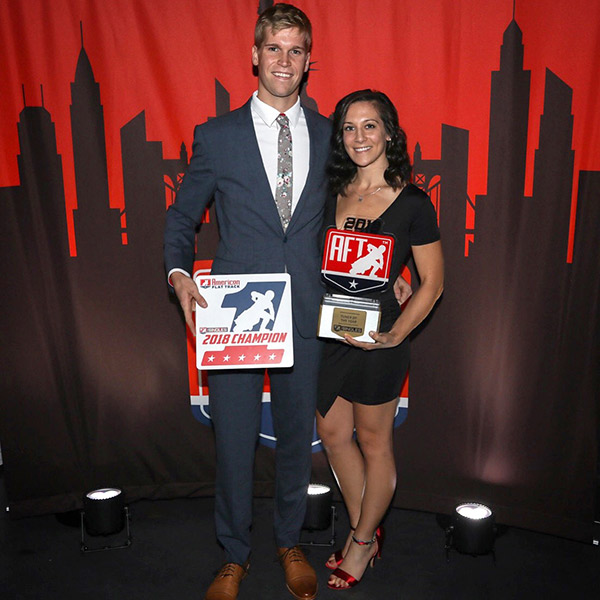 There was a time when Henderson trained more than 20 hours a week, competing against some of the best gymnasts in the country.

“I had to maintain a very strong, but lean, physique and learned how to eat healthy, train properly and prepare myself for competition,” she said. “Mental-skills training taught me how the mind controls more than your body. I will carry everything I learned in gymnastics with me throughout life.”

For two years, Henderson was a cheerleader for the Maryland Chesapeake Bayhawks, a major league lacrosse team based at Annapolis Navy-Marine Corps Memorial Stadium. Though she loved performing, the emphasis on salon hair, nails and tanning was not a good fit.

“It was something I tried because I truly missed gymnastics, and I thought it was the next best thing,” Henderson said. “It’s not. It helped build confidence, but it was not my scene.”

Currently working as a nanny and finishing a bachelor’s degree in mass communications and public relations at Towson University, Henderson is working toward a career in marketing or public relations.

And she recently started competing in flat track racing. Henderson and her older sister, Nicole have racked up a solid record in AMA District 6 and 7 races.

At a January race in Harrington, Del., Henderson placed third in the combined 150cc class.

“From gymnastics, I learned so much about being mentally strong and how to push myself,” Henderson said. “It is an individual sport, just like racing, so if I don’t perform well, I figure out what I can do better, and I move on.”

In 2007, Henderson’s older brother, Ryan, who is now 33, was paralyzed in a flat track pro race in Seaford, Del. Brother Nicholas, 32, once raced professionally but now just races locally.

In the 2019 season, Nick was a part-time tuner for American Flat Track competitor Dan Bromley. Bromley moves up to the Supertwins Class for 2020, and Nick Henderson is his full-time mechanic.

Connar Henderson met Bromley through friends at Mid-Atlantic regional races, and, three years ago, the two connected, eventually traveling together to races at Williams Grove and Fort Worth.

As they started dating, their passion for racing was fueled by determination and encouragement.

“Dan was actually thinking about hanging up his steel shoe,” Henderson said. “He had gone through such a hard time and truly wanted to quit racing, because he was so unhappy.” 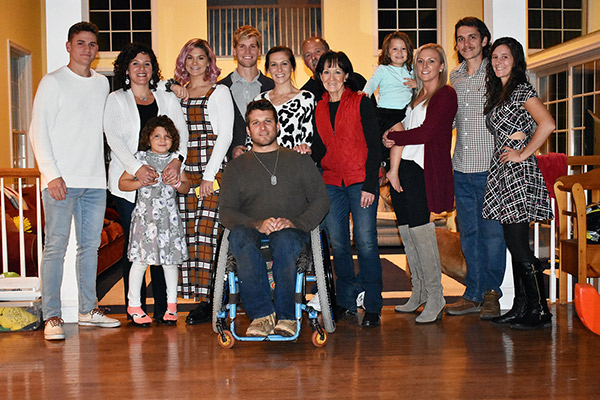 Then, in fall of 2017, at Texas Motor Speedway, Bromley finished third in the Singles Class. Things began to look up, as Bromley began a victorious 2018, with the support of Henderson and his crew.

“After Dan won Daytona, I think he believed he may have a chance at doing really well,” she said. “Being part of that journey was so inspiring. Dan won his first-ever mile at Oklahoma, with me—just me—as crew and driver,” she said.

In 2018, Bromley accepted the AFT Singles No. 1 Championship award at the AFT banquet, and Henderson was honored with Tuner of the Year recognition.

“It brings me to tears to think about Dan winning the championship, knowing that I made a small contribution to such a victorious moment. Dan has told me many times that if it wasn’t for me, he may never have raced professionally again.”

The 2020 racing season will find Henderson behind the wheel of Bromley’s race hauler, posting social media updates and advising him on diet and fitness.

Catherine O’Connor is an independent journalist and social historian whose research on the cultural history of the Springfield Mile and the industry of American Flat Track has been featured on WUIS National Public Radio, The Springfield Business Journal and Illinois Times newsweekly.