Leonard also won the title in 1956 and ’57. Along the way, he won the Daytona 200 twice, the Laconia Classic three times and the Peoria TT seven times.

This Harley-Davidson KR750, built off a 1959 model, is the bike Leonard campaigned in his final season before he transitioned to auto racing in 1963.

The KR was Harley’s flat-track and road racing weapon for nearly two decades. Introduced in 1952, the KR replaced the WR line. The KRs still had side-valve engines, like the WRs, but they were the first Harley racers to come with foot shifters and hand-operated clutches. The KRs dominated, winning the AMA Grand National Championship from 1954 through 1962.

This historic KR750 was restored by Marsh Runyon, Leonard’s tuner from 1959 to 1962. It’s in authentic race condition, right down to the hundreds of holes drilled in every possible part to shave ounces critical to eliminating performance-robbing weight.

The bike is currently on loan to the AMA Motorcycle Hall of Fame from owner Al Bergstrom. 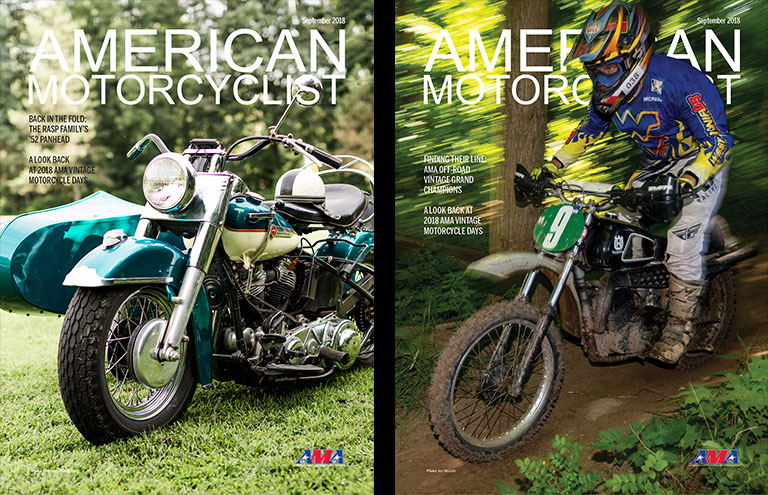