From mapping to advocacy 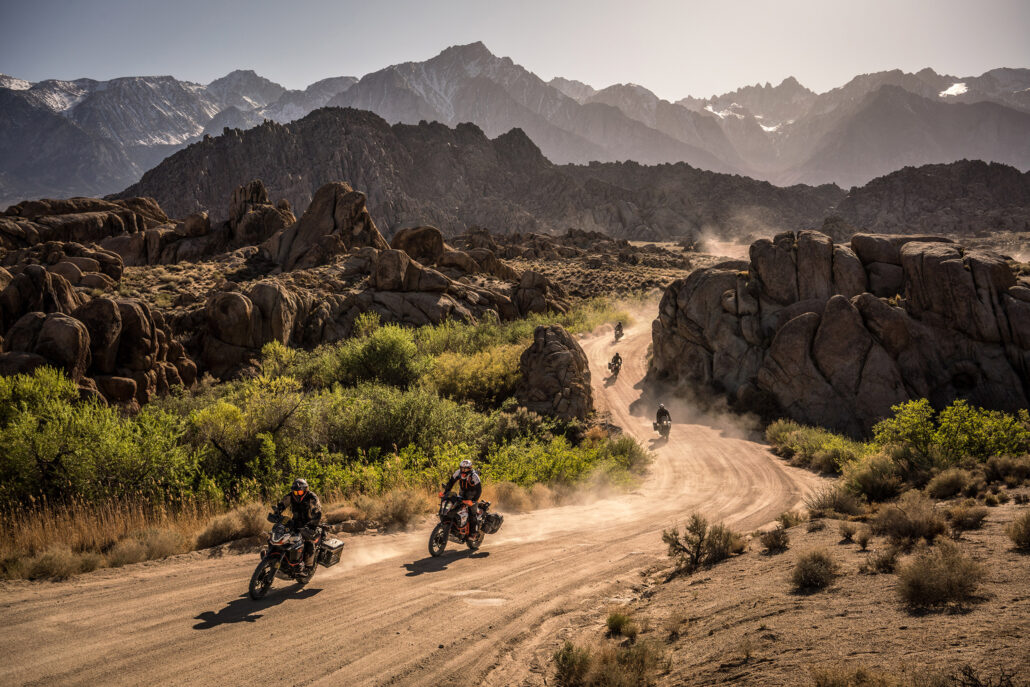 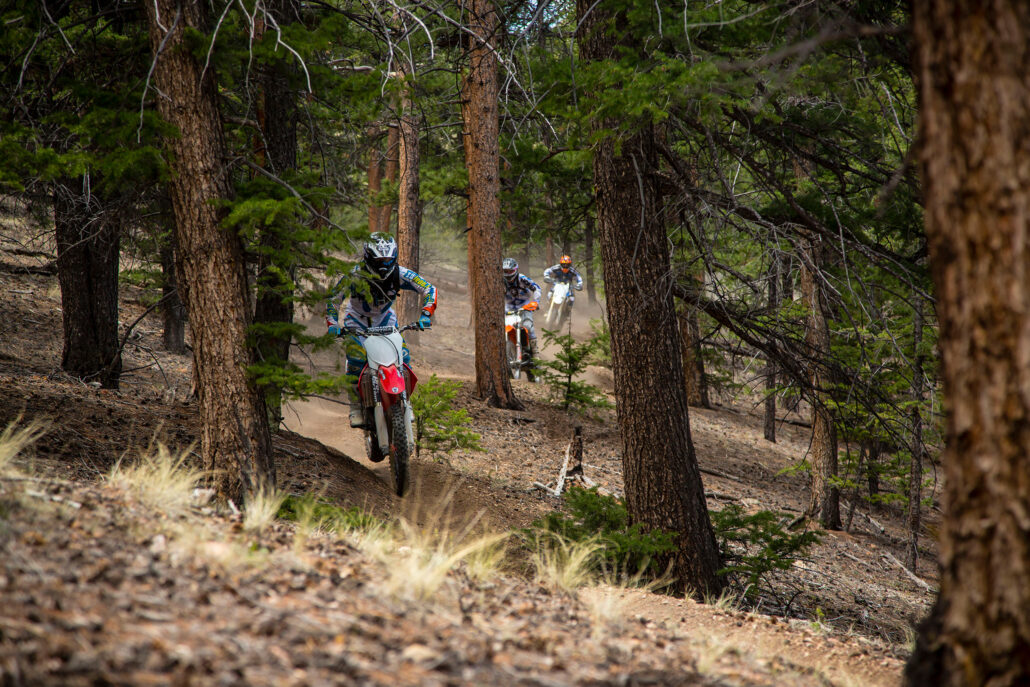 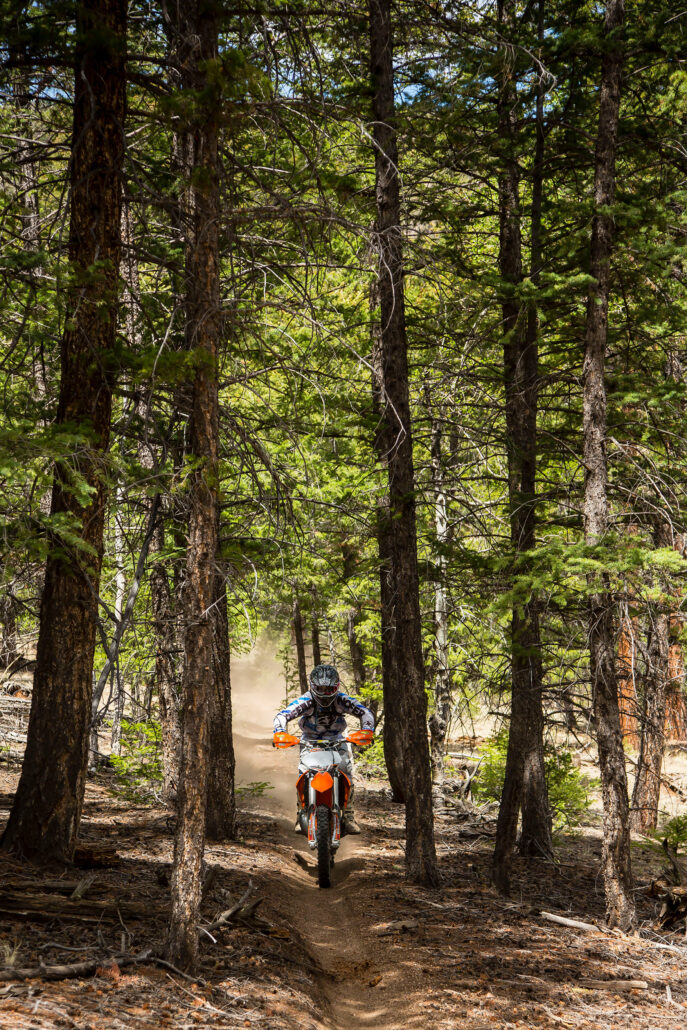 BDR’s initiatives include laying out adventure routes, videoing, photographing and producing movies about its routes and operating advocacy programs that promote access to public land. The group also works to keep existing trails and dirt roads open and encourages motorcyclists to ride respectfully.

BDR was founded by Paul Guillien and Tom Myers in 2010. Both are associated with Touratech, which served as BDR’s founding sponsor and paid for the production of the first documentary. Touratech continues to support BDR as an industry sponsor and provided funding for its first three years.

In a decade of existence, BDR has mapped and videoed 10 routes across the nation. The first was the Washington BDR, inspired by Guillien’s experience riding the Oregon Back Country Discovery Routes (which are operated by the Oregon Off-Highway Vehicle Association) in 2009.

The existing BDR routes pass through 18 states and cover more than 9,500 miles.

Inna Thorn, the BDR’s director of operations, said it takes two to three years to lay out a BDR route. The organization works with local volunteers and businesses in the mapping process. Each route is designed to avoid populated areas, pass through scenic regions, use low-traffic routes and be suitable for large-displacement adventure motorcycles.

As BDR got started, the need for advocacy became apparent. Guillien said he noticed how many U.S. Forest Service roads were being closed and quickly surmised that the sooner those roads could be made part of a BDR route, the easier it could be to keep them open.

BDR leadership also recognized the need for adventure riders to show respect to other users of the roads and the communities through which the BDR routes pass. That realization led to the creation of the BDR’s “Ride Right” and “Ride Responsibly” campaigns, which encourage BDR riders to stay to the right side of two-track routes and rural roads and to be kind and respectful to landowners.

BDR also has developed a grant program to help other organizations that support adventure riding. He said BDR provided $7,500 for a project to rebuild abandoned roads suitable for adventure motorcycles near Elephant Rock, N.M. Grant funding also can be used to help with legal action to keep adventure riding areas from being closed.

For their hard work, the AMA Board of Directors selected BDR for the AMA Hazel Kolb Brighter Image Award in 2017.

The organization’s high-quality documentaries, photos and maps may lead you to think it’s a much bigger, well-funded organization that it is. Thorn is the BDR’s only paid staff person. The board of directors and those helping map the routes are all volunteers.

One of those volunteers is Kevin Woody of Lynwood, Wash. He said he started volunteering with BDR in 2014. He learned about BDR from a plane ride during which he met Guillien and Myers.

“We talked at great lengths about the BDR and its mission, and I was hooked,” Woody said.

Since that first volunteer experience at the Seattle premier of the Idaho BDR documentary, Woody has helped manage the logistics of filing the documentaries and served on the BDR board of directors. He’s currently helping put together the Wyoming BDR and helped with the Mid-Atlantic BDR project.

“I have had few experiences in my life that have returned as much joy and pleasure as being part of the BDR,” he said.

Recently, BDR added an economic development initiative to use its routes to promote the financial wellbeing of communities along its routes.

An economic impact assessment commissioned by BDR found that its seven routes that existed in 2017 generated $17.3 million in economic activity from out-of-state riders.

Guillien said the goal is to help many of the “one-gas-pump” towns whose economies are struggling.

“We didn’t see this when we started,” he said. “Now it’s become something of a higher calling for us.”

Guillien said the next route to be introduced is the Wyoming BDR in 2021.

Motivate people to discover the backcountry by motorcycle

Be the voice for adventure motorcyclists

10 BDR routes have been laid out (more on the way)

Each route has a corresponding documentary