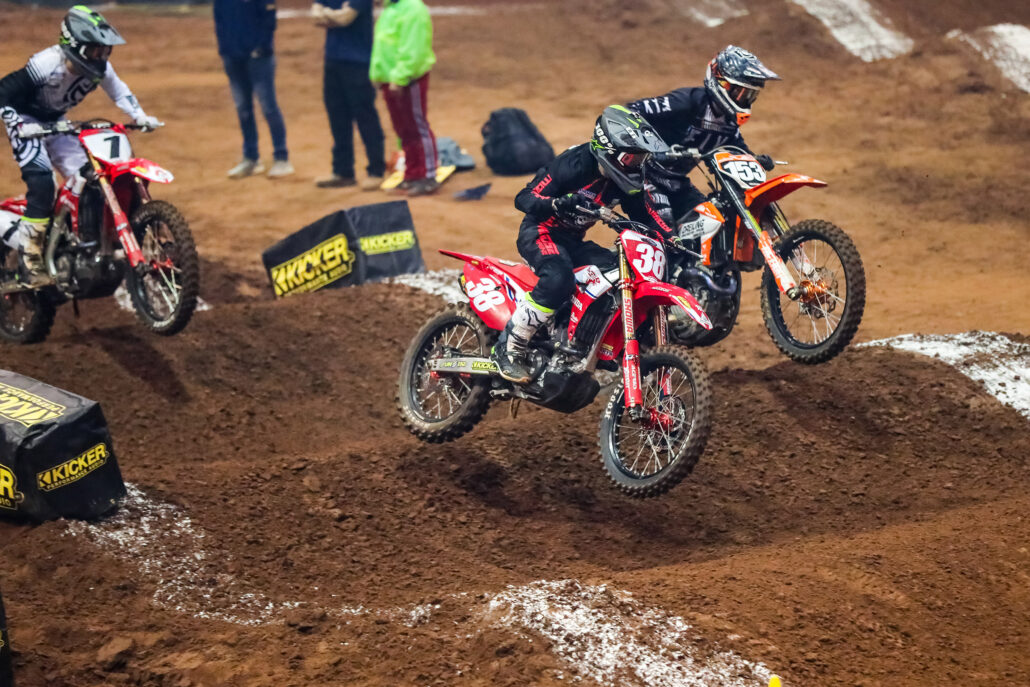 Kyle Peters (No. 38) put in a dominating performance during the 2020 AMA Arenacross season

National championship-caliber AMA Arenacross racing returned in 2019 under a new organizing promoter, and Kyle Peters was the class of the field.

The Honda rider from Greensboro, N.C., earned 13 victories and 22 podium finishes in 24 races, clinching the series’ overall title on Feb. 29 in Salt Lake City, the second-to-last round of the season. He finished the season with a 47-point lead (543 to 496) over Kawasaki rider Kyle Bitterman.

“I had a great time,” Peters said. “The AMA put on a great series, and I thank them for that. This is a dream come true.”

It wasn’t Peters’ first time winning an AMA National No. 1 plate. He also won the 250 A Class title at the 2011 AMA Amateur National Motocross Championship at Loretta Lynn’s Ranch.

Peters’ interest in Arenacross racing started before he took his first race start. He said he attended his first Arenacross race at age 6 and was 7 years old when he started racing motocross.

“It was exhilarating,” Peters said. “There was such an adrenaline rush. It felt like I was free of everything. There’s no other sport like this.” 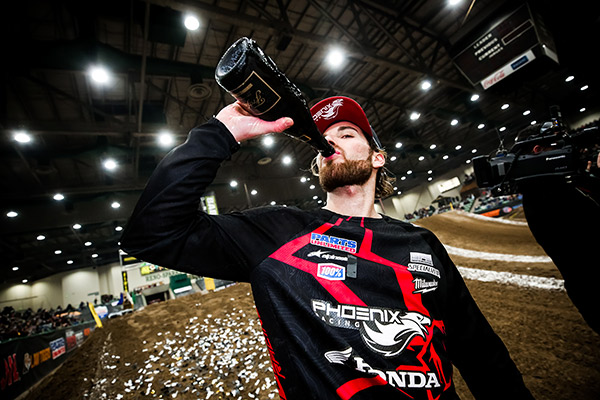 Peters raced in a local night-time motocross series near Greensboro and began competing in AMA Arenacross racing when he was 9. He qualified for Loretta Lynn’s for the first time in 2004 and was a regular at the amateur national for eight years. He finished third or better six times in 15 classes during that span.

Peters credited his new team, Phoenix Racing Honda, with giving him what he needed to win the AMA Arenacross overall title. He endured a knee injury in 2018 and said being back on a Honda and riding for a team based near his hometown gave him the confidence he needed to perform at his best. 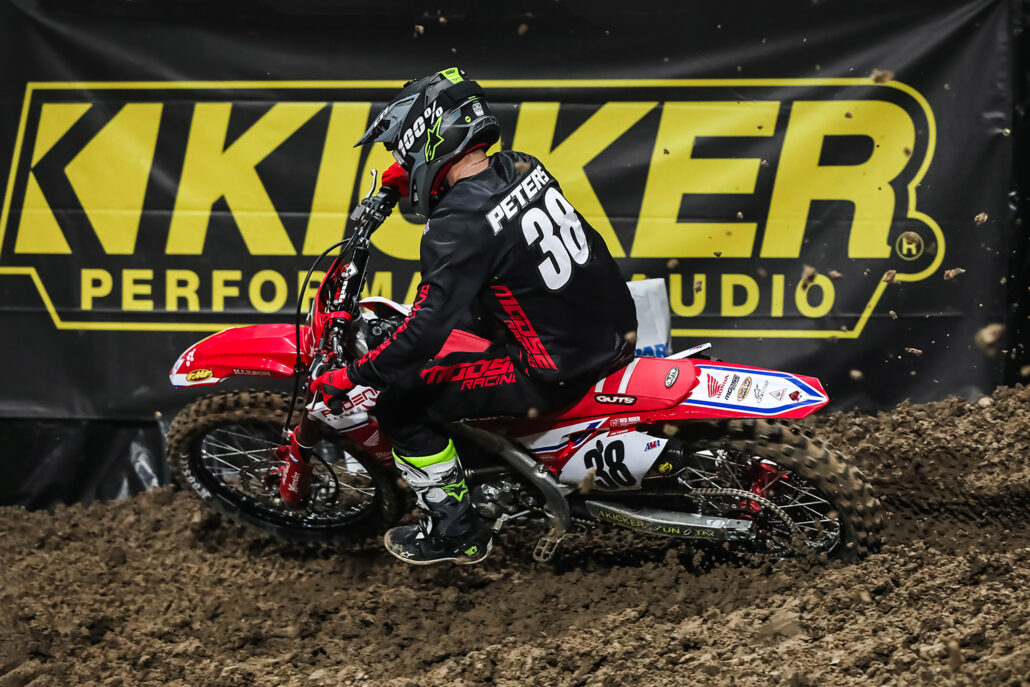 Peters (No. 38) piloted his Honda to 13 victories at venues he hadn’t raced at before.

Peters’ dominant season can’t be attributed to his familiarity with the venues where he did so well. He said he’d never raced at any of the arenas on this season’s schedule. He also found the Arenacross paddock environment to be very laid back and said there’s a great sense of camaraderie among the competitors.

While he’s had success in outdoor motocross and scored two podium finishes in the AMA Supercross 250SX East Class, he said succeeding at Arenacross requires a different skill set. He described Arenacross as much more technical, saying riders can’t just power their way through a course.

To do well, competitors need to minimize mistakes and stick closely to their racing lines.

Peters isn’t settling for having two AMA National No. 1 plates on his wall.

He’s hoping to have a long career with the Phoenix Racing Honda team and to defend his AMA Arenacross title in 2021.

He’s also on the mend after breaking his wrist at the AMA Supercross round in Arlington, Texas. He hopes his wrist heals in time to take part in several national motocross rounds this year.