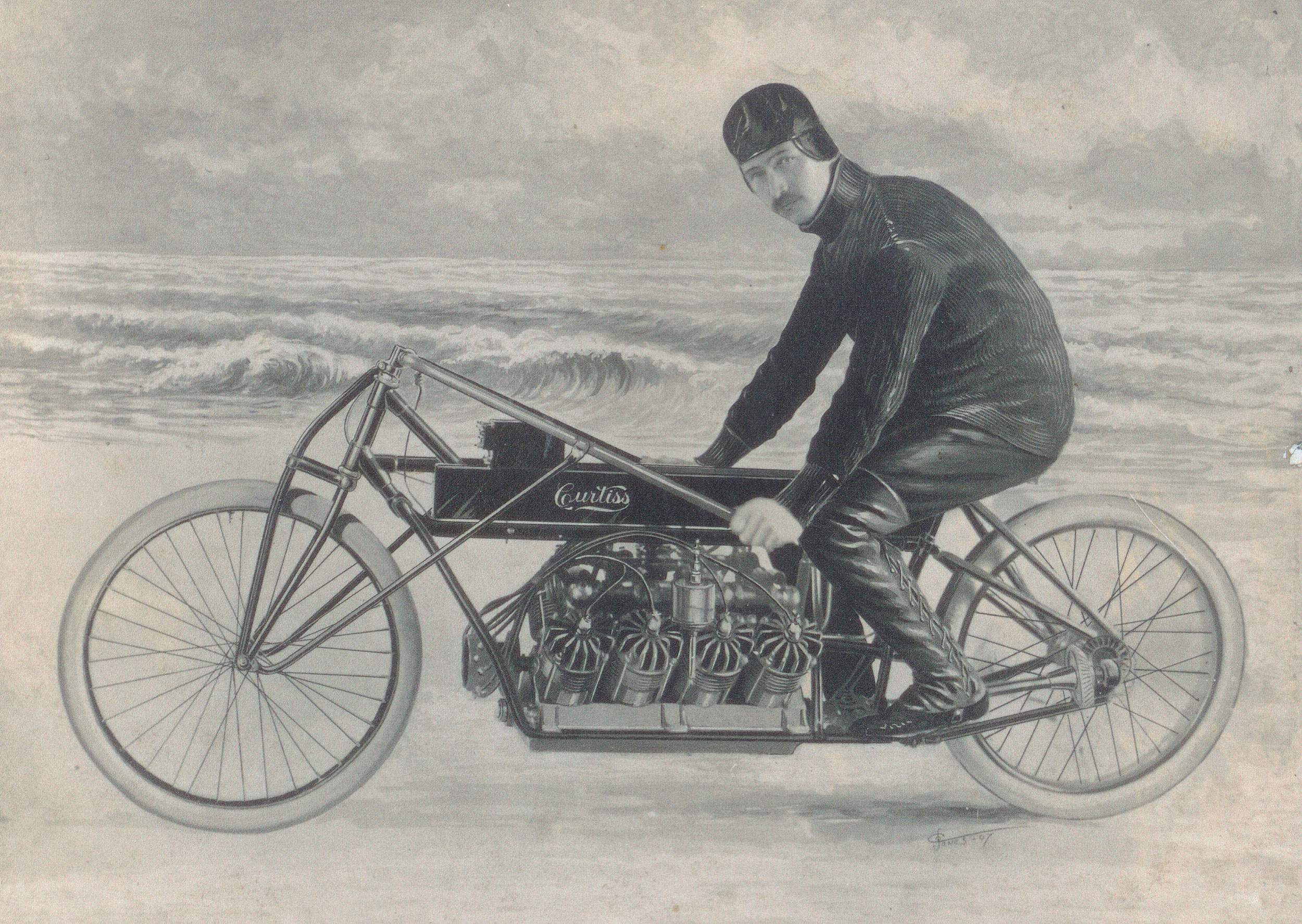 Born in 1878, in Hammondsport, N.Y., Curtiss started out building engines for bicycles, and then complete motorcycles. In September of 1902, a Curtiss-built machine set the fastest time of all “regular stock or road machines” at the New York Motorcycle Club road race. In May 1903, Curtiss was the winning rider at the first American hillclimb. The race, conducted on public roads, was similar to the European TT races.

Curtiss’ most famous speed run came in 1907 when he became the fastest man on Earth by running a prototype motorcycle at Ormond Beach to a record speed of 136.3 mph. That motorcycle was powered by an experimental V-8 aircraft engine (of Curtiss’s own design) mounted in a specially built elongated frame. The engine was so powerful it was feared that it would tear itself from the frame under full throttle. His bike was towed up to 40 mph before running under its own power.

The drive shaft did break on the record-setting run and a follow-up run could not be completed, so the speed was not officially recognized. But, the prototype was considered the fastest vehicle of any type for the next four years.

Curtiss motorcycles were built through the onset of World War I. By that time, aviation had become Curtiss’ passion.

Curtiss died on July 23, 1930, of complications from an appendectomy at the age of 52. Known merely as a “speed demon” in his youth, he left behind a legacy as one of the greatest builders of motorcycles and airplanes of all time. The Curtiss Museum in Hammondsport highlights the spirit of innovation that made Curtiss successful.

Glenn Curtiss was inducted into the AMA Motorcycle Hall of Fame in 1998.