From Dirt To Street And Back Again 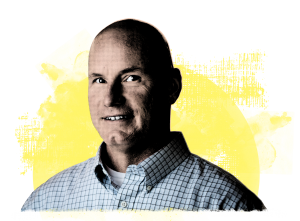 My venture into motorcycling as an adult is probably similar to many other AMA members who returned to riding.

As a kid, my most memorable Christmas present was a mini bike with a Tecumseh engine that provided hours of entertainment for me and my neighborhood friends. We would race around the corn field behind my house, trying to set the fastest lap. I was also fortunate enough to have friends with “real” dirt bikes, and I was saving my money to purchase one of my own.

While I enjoyed riding, I was also heavily involved in stick and ball sports, playing competitively in football, basketball and baseball. Indeed, most of my after school time and all of my summer was committed to playing whichever of those sports was in season.

Sadly, the mini bike was sold after I outgrew it and no other motorcycle took its place. I went on to play college football as a scholarship athlete, graduated, got a job and started a family. Motorcycling was on hold.

It wasn’t until I turned 40 that I again considered motorcycling. I went back to my childhood friend and fellow AMA member Rodney “Bubba” Shrum, for some advice. Rodney lived on a farm when we were kids and it was riding at his farm that convinced my parents to buy me that first mini bike. Rodney, a veteran street rider, engine builder and tuner, never got away from bikes and still works in the industry today.

His advice was straightforward and all good: “Take a riding class and if you buy a bike, make sure it has a windshield and bags if you plan on doing any long distance rides.”

Riding mini bikes and dirt bikes as a kid did not make me overly confident about becoming a street rider. Honestly, I was somewhat intimidated, but also burning to conquer my fear and enjoy the freedom of motorcycling. Although I had ridden before, the beginner riding class was exactly what I needed to build confidence in my skills of becoming a road rider.

I have now been riding on the road for the last 12 years, and I can’t imagine my life without it. The places I have been, the people I have met and the riding I have enjoyed are among my favorite memories.

Shortly after I started to ride on the street, many of my AMA coworkers persuaded me to try trail riding with them. Having started in the dirt, I felt much more confident heading to the trail than I did on the road. How difficult could it be?

Just as I was overly intimidated about street riding, I may have been overly confident of my ability in the dirt. It didn’t take me long to realize that I had a lot to learn. Let’s just say that a couple of my early rides ended in legendary fashion. I literally limped home with wounded pride and limbs as proof.

Fortunately, I had the opportunity to attend the Motorcycle Safety Foundation’s DirtBike School at Honda’s facility in Southern California. Similar to the road class, this was a great opportunity to learn from my instructors and build my confidence in becoming a better dirt rider. While both classes were a great way to build a foundation, I continue to learn from others I ride with, and by practicing. I go out and ride every chance I get, particularly in the dirt.

For more on making the transition to off-road riding, check out “Into The Woods” by Michael Marino on page 16 of the dirt version of this issue of American Motorcyclist or online at www.americanmotorcyclist.com.

While I am far from an expert and still marvel at the speed and control of friends riding in the woods, they have convinced me to take another step in my motorcycling adventure: my first race. In less than a month, I’m going to enter one of the longest-running motorsports events in the country—the 73rd Annual Milk Run Enduro put on by the Athens Motorcycle Club. Even better, this year the Milk Run is also the AMA Ohio Enduro State Championship. While I’m certain I won’t stand on the podium, I am excited to race for the first time!

“Take a riding class and if you buy a bike, make sure it has a windshield and bags if you plan on doing any long-distance rides.”

My dirt riding has taken on an even greater importance on a personal level. There is one thing that all motorcyclists can do to address the economic difficulties that the motorcycle industry is wrestling: encourage and support others to ride. AMA Motorcycle Hall of Famer Scot Harden’s Plus One Initiative is built on this idea (see www.americanmotorcyclist.com/Home/News-Story/advocating-for-motorcyclings-future).

Who better to share this passion with than my own son, Seth? Seth is 15 and very close to getting his driver’s license, but has expressed an interest in riding dirt bikes. Seth lives with his mother in Indianapolis, so having dirt bikes to bond over and planning father/son rides together has been a lot of fun. And we are just scratching the surface of what I hope will be many years of memories together on the trail.

Jeff Massey is the chief operations officer for the AMA.