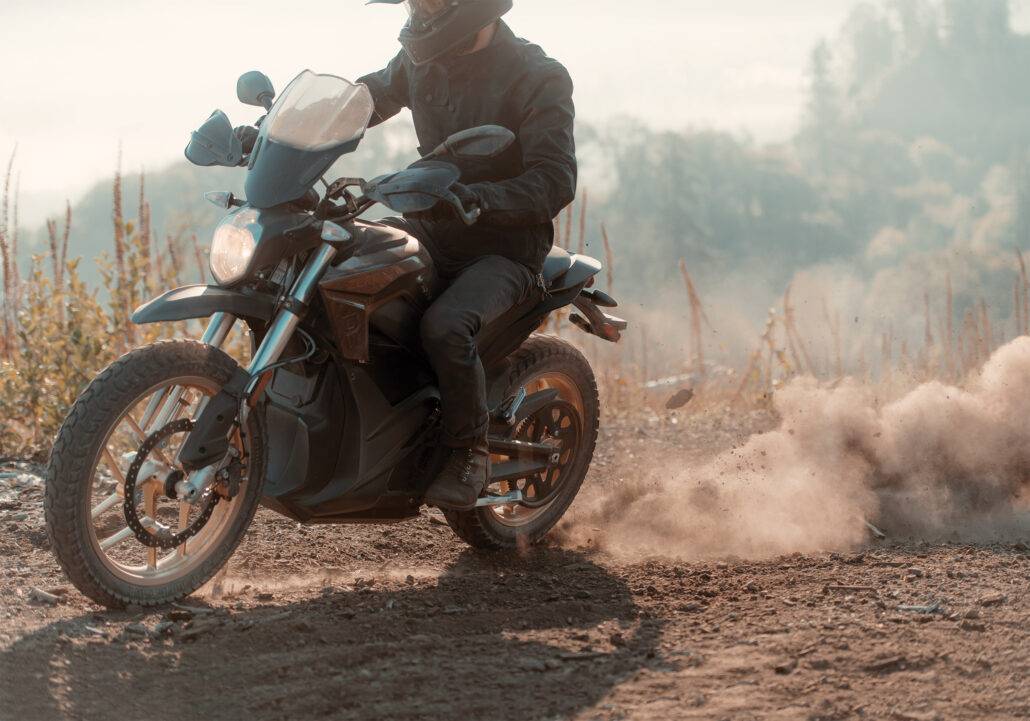 Is an electric motorcycle in your future?

Not long ago, a large portion of the motorcycling community would have responded with a quick and emphatic, “No!”

And, no doubt, many still feel that way for a variety of reasons.

Some riders are inextricably bonded to the internal combustion engine, with its inviting exhaust note, the throb of pistons, the whine of the gears and the satisfying click of a perfect shift.

Other riders harbor reservations about the electric motorcycles’ range and the lack of available charging stations. How do you take a long trip on one of these things, anyway?

It’s safe to say that not everyone will want to switch to an electric motorcycle. No one is predicting that manufacturers or American motorcyclists will move from internal combustion engines to electric motors with the flip of a switch. The adaptation curve, whatever it may be, is likely to be a long arc rather than a dramatic rise.

“Over the past 13 years, we’ve seen a massive shift in the awareness of, familiarity with, and desire for electric motorcycles,” said Dan Quick, senior marketing manager at Zero Motorcycles. “This has mirrored the sentiment of consumers all over the world, and of course we still have plenty of room for growth.”

But with major manufacturers, including Harley-Davidson and Honda, moving into the market to join longtime producer Zero, KTM, Lightning, Energica, Oset and many others in electric motorcycle production and sales, this is a good time to reexamine the options.

Why not go electric?

First let’s take a look at the disadvantages of going electric.

Often, the first objection to buying an electric motorcycle is the distance it can travel on a fully charged battery.

Just a few years ago, electric motorcycles were offering 70 to 80 miles per charge, compared to the 150 miles or more of most internal combustion-powered motorcycles offered. Few riders wanted to give up the extra range, for fear of getting stuck on the road or trail.

Recent advances in the technology behind batteries and charging systems have resulted in some motorcycles claiming a range of 200 miles or more.

“With an aerodynamic riding posture that helps deliver up to 223 miles in the city and 112 miles on the highway, the Zero S offers the highest range in the Zero lineup,” according to online product information.

Harley’s LiveWire advertises a range of 146 miles in the city and 95 miles combined city/highway riding.

Read an in-depth review of Harley-Davidson’s new LiveWire electric motorcycle and check out a gallery of LiveWire photos.

The federal Bureau of Transportation Statistics reports that the average American drives 29 miles a day. So, how much range does your motorcycle really need?

No doubt, it takes longer to “fill up” an electric motorcycle than one that runs on pump fuel. While a stop for gas can put you back on the road in 10 minutes and get you another 150 to 200 miles down the road, a “quick” half-hour charge will carry that electric bike only to the next planned stop for a full overnight charge.

Some electric scooters offer swappable battery packs to keep you moving. And Yamaha has teamed with Gogoro Inc., a company that hopes to make swappable batteries available at service stations and retail outlets.

Longer trips or cross-country touring requires astute planning. But it can be done.

In the February 2016 issue of American Motorcyclist, Ben Rich chronicled his 2015 trip on a 2014 Zero SR. He averaged 310 miles a day touring the United States, Mexico and Canada. His longest day was the 475-mile jaunt from New Jersey to Cleveland, Ohio, which took a full 17 hours.

So, where are the charging stations?

If you are using your electric bike for daily transportation or short weekend outings, you can rely on outlets at your home or a motel to top off the batteries while you sleep.

Smartphone apps, such as PlugShare, ChargeHub, EVGO and others can help you locate a charging station. Harley promises that many of its dealerships will provide charging stations for the LiveWire. And electric vehicle charging stations are becoming more common, especially in urban areas. Florida’s Turnpike is adding fast charging stations to all eight service plazas, from Sumter County to Miami by the end of 2019, Gov. Ron DeSantis announced in July.

Other options include plugging in at campgrounds, gas stations and motels.

The other often-mentioned obstacle to buying an electric motorcycle is the initial cost of the machine itself.

Higher-end electrics are available, such as the Curtiss Zeus or Curtiss Hades models, which go for $75,000.

For use on the trails and private-property riding, an electric motorcycle seems ideal. The quieter electric motors don’t disturb fussy neighbors. And the kids aren’t dealing with hot mufflers, cranky clutches or other mechanical features that warrant more adult supervision.

“The e-bikes are allowing for much more riding opportunity for the user,” said Steve Deines of Oset Bikes. “You can ride in the backyard with the family every evening after work and not have to load up and go anywhere or pay to ride. They are easy to start. There is no gas, oil, air filters, no hot pipes on tip overs, just the overall ease of use for a family looking for more ‘ride time.’”

“A lot of our customers that own the larger bikes—MX10, 16R, 20R, 24R—have gas bikes, as well, but they are looking for a way to get more riding in and develop skills at the same time,” Deines said.

Electric motorcycles are more environmentally friendly than those with internal combustion engines, as well. Even though some electricity is generated by burning fossil fuels, electricity production is becoming cleaner over time, through the use of windmill and solar power. Also, no dangerous fumes are escaping into the air when an electric bike is charging. And there is no need to worry about how much ethanol is in the fuel.

As for performance, the electric bikes produce maximum torque with a twist of the throttle. While the top speed of many electric motorcycles is around 85 mph or 90 mph, others easily exceed 100 mph. The Lightning LS-218 produces 200 horsepower and is capable of speeds exceeding 200 mph.

While acceptance of electric motorcycles has been relatively slow among American riders, industry executives are hatching big plans for a broader market. And other countries are already making the change.

Some manufacturers, including Indian Motorcycle, Honda, Yamaha and Suzuki, declined to comment on specific strategies for electric motorcycles, citing policies of not discussing business plans. Others have made their plans public.

In announcing the availability of its LiveWire, Harley-Davidson laid out its “More Roads To Harley-Davidson” plan that also includes e-bicycles, electric balance bikes for kids and a small, lightweight motorcycle for city use.

Honda, BMW and Ducati have produced electric prototypes or announced plans to produce electric motorcycles. Honda, Kawasaki, Suzuki and Yamaha are part of a consortium to develop battery technology. Companies like KTM are still easing into the electric market, while Zero has been fully invested for more than a decade.

“It’s difficult to know when you’ve reached an inflection point until after it has passed,” Quick said. “But all indications seem to point to the tides having changed on the future of EVs. In everything from power grids and charging infrastructure to increasing attention to our category by legacy industry players, the signs of a rise of electric vehicles, and motorcycles in particular, is undeniable.”

KTM launched its FreeRide E-XC two years ago as a pilot project for select U.S. dealers.

Tom Moen, KTM Group marketing communications manager, said there are 10 Freeride dealers in the United States who have received training to be Freeride E dealers.

“We are just starting a new program to see if more dealers want to become Freeride E dealers,” he said. “The response was really good, and the dealers sold through their allotment.”

KTM has produced an electric Supermoto and a Supercross model in Europe, but only the E-XC is available in the United States. Moen said there are no plans for an electric adventure bike.

At Energica, sales continue to climb.

“Our turnover is growing and has increased by almost six times, compared to June 2017,” said Livia Cevolini, CEO of Energica Motor Company SpA.

Laurence Kuykendall, U.S. marketing director for Energica, said it is going to take longer for Americans to accept electric motorcycles than electric cars.

“Like cars, the impetus to electric over time is inevitable,” he said. “But motorcycles have always lagged the automotive industry in innovation and business developments, and so EVs will take longer to penetrate, not least because riders are an independent bunch and don’t like to be hustled.”

Richard Hatfield, chairman and CEO of Lightning Motorcycle, agrees that the worldwide market will evolve more quickly than the U.S. market.

“We believe that electric motorcycles will take an increasing market share over the next five years and will follow a quicker adoption curve than the adoption of electric cars due to the familiarity with electric vehicles created by electric cars and also due to government incentives around the world,” Hatfield said. “Electric motorcycles will constitute the majority of the world market within 10 years. Already, over 80 percent of two-wheel vehicles in China are electric, due to the use of small commuter scooters.”

Deines said “the future is bright” for electric motorcycles.

“No doubt, this is just the beginning, and we have already been doing it for 15 years,” he said. “The same person who thought it was the dumbest idea five or 10 years ago is taking another look and even becoming a customer. Electric is just getting started, and the market is poised for continued growth.”

With the European Commission seeking carbon neutral communities and economies by 2050, government intervention could hasten the move toward electric power. But the internal combustion engine will hold a place in the market.

“It can only mean more opportunities to grow for us,” Quick said of the move toward carbon neutral communities.

Deines said that the only game-changing factor that could rapidly accelerate the development and adoption of electric motorcycles widescale would be something extreme, such as a government ban on gas-powered motorcycles.

Quick believes the key to the transition is to convince more people to simply try an electric motorcycle.

“We encourage everyone, especially skeptics, to find an electric motorcycle dealership and demo one,” he said. “We can talk until we’re blue in the face about the performance benefits of an electric, but the true differentiation comes in the ride itself. 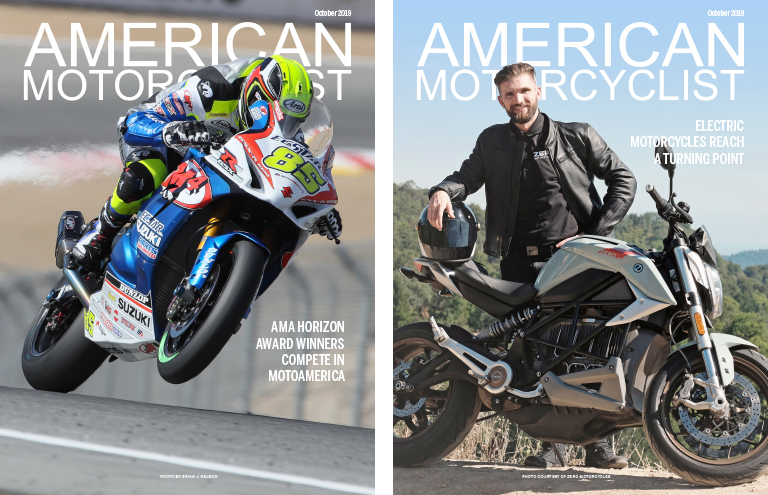