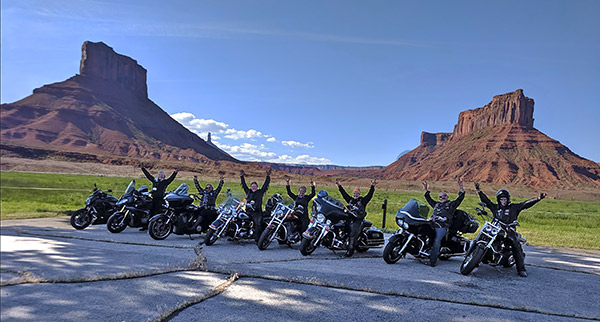 What started as a mission to raise awareness about the need for women-specific protective riding gear quickly morphed into something far larger.

In August 2018, Hayley Bell became tired of hearing that the “market isn’t large enough for manufacturers to invest in women’s gear.” She posted the idea for the Women Riders World Relay on social media, inviting women to help achieve her goal of passing a baton around the globe, from one woman rider to the next, to show the industry the size of the women’s riding demographic. 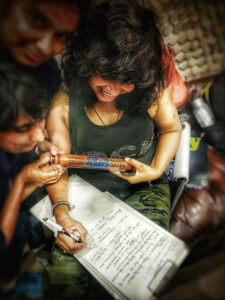 Her lofty goal was for the baton to be passed through 80 countries.

As if ignited by fire, women from all over the world immediately joined her cause. Roughly six months later—on Feb. 27—Bell rode her KTM 690 Duke to the village of John O’Groats, Scotland, to officially kick off the WRWR.

As of this writing in mid-summer, the baton has traveled through 46 countries. And more than 18,000 people are now supporting the mission, including women and the men who support women riders.

Perhaps more impressively, six months into the event and roughly 25,000 miles later, the WRWR was still on schedule. The response from women wanting to participate forced the creation of ‘ripple relay’ events in various countries to cover more geographical areas than the WRWR baton, allowing for more riders to join in. 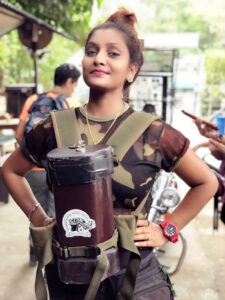 The U.S. ripple (or relay leg), for instance, is underway, with U.S. riders coming out in force, riding far more than their international counterparts. Despite having little to no budget and no slick advertising campaigns, these riders have escorted a baton through more than 32,000 miles as it makes its way through every state, including Alaska and Hawaii.

Along the route, the WRWR has a  stop at the AMA Motorcycle Hall of Fame in Pickerington, Ohio.

“My motto is, ‘Inspiring women inspiring women,’” said Liza Miller, a WRWR administrator, founder of the Recycle Garage and a recipient of the 2019 Friend of the AMA Award.

At the Hall of Fame, riders will learn about the AMA’s long relationship with women in the industry, including supporting Dot Robinson and the newly formed Motor Maids back in the 1940s.

“A large part of why I support the AMA is due to their support of the women rider,” Miller said. “A tour of the women in the AMA’s Hall of Fame is a highlight of our route.”

“This whole thing is run on a shoestring budget and lots of volunteer hours,” she said. “Many women are given very little instruction and told to create the world they want. We are all on the same page, but with little communication. That tells me we are on to something.”

The fact that most Americans have not heard of the WRWR seems to validate its need, bringing to light how little attention women riders receive with any depth.

Women riders currently make up nearly 20 percent of the motorcycle riding demographic, yet they are faced with minimal protective gear options, often settling on men’s gear shrunk down and decorated with perceived feminine colors—the “shrink it and pink it” approach. 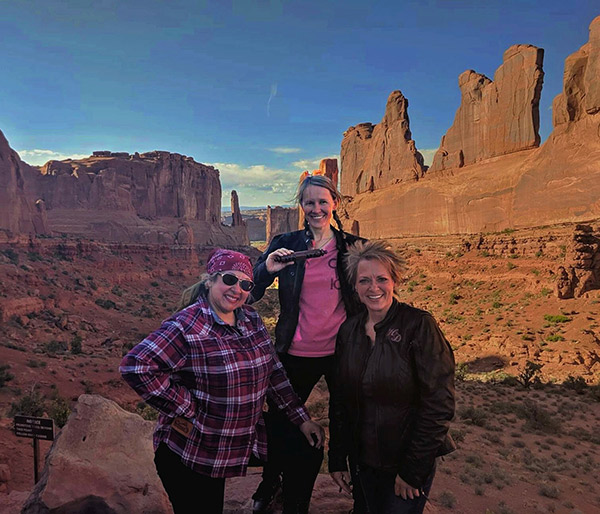 The lack of women-specific protective gear can leave riders exposed to injury, especially riders who put considerable miles on their bikes, like women riding in the WRWR.

Nilamon Binthavone is one of those women. She just returned from a solo journey through Southeast Asia, riding her Honda CRF250L a total of 2,814 km (about 1,750 miles) in 10 days through Thailand, Laos and Cambodia and back during the rainy season, keeping the WRWR baton on schedule.

This is how the event has grown, one inspirational women rider inspiring the next. No matter the weather, the season or the time of day or night, these women persist.

Kay Khairuddin on Perhentian Island with a baton case

Sometimes they ride through countries where their right to ride a motorcycle is still in question, in countries with records of gender inequality, gender segregation and alarming rates of violence against women.

“After seeing the live video of Bangladesh today, from the bottom of my heart I want to say thank you to the team of WRWR and Hayley,” Nirmali Nath said from India on social media. “Because of you all, the ladies are coming out of their home without any fear to stand up against the violence and injustice that is happening around the world… Each time a woman stands up for herself, unknowingly, she stands up for all other women.

“WRWR brings all the women of this world together,” Nath said. “United, it has the power to change the stereotypes.”

Nath joined Trui Hussein Hanoulle and Dimple Mithilesh Chaudhary to participate in the WRWR in what turned out to be a brutally wet escort from Kakarbitta, Nepal, to the Tamabil border of Bangladesh.

Despite the journey through torrential downpours, their determination stayed strong and grew with each mile. These are the women who have transformed the idealistic passion of the WRWR to a call-to-arms, contagiously assimilating women riders of all types and growing WRWR’s mission beyond wanting better access to protective gear to wanting to be recognized for their hard-earned place within the industry itself.

And the industry is responding.
In the United States, Indian Motorcycle signed on as a premier sponsor, providing a sizable financial backing. Key WRWR personnel will be riding Indian motorcycles along the U.S. route.

“We’re thrilled to have Indian on board,” Miller said. “What better to represent America during the WRWR event than riding a premier American brand motorcycle across the United States?”

The women of the WRWR stand in stark contrast to an industry where women have traditionally been cast as accessories, often pitted against each other in a competition for sex appeal or considered anomalies when they ride their own bikes.
“We’ve got something to prove. This is our time to stand up and change the world’s perception,” Miller said.

Will the WRWR achieve their desire to gain the industry’s ear and influence product development? Maybe.

Considering the few brands making gear anatomically designed for a woman’s body, an approving nod from WRWR could result in an impressive sales boost for some brands. Time will tell if they will be able to hit manufacturers squarely in the profits.

In the meantime, make no mistake. The WRWR has become more than an event, more than a worldwide phenomenon, and even more than what is being called the largest motorcycle relay event in history. The WRWR itself seems to have become a true movement.

Samantha Bonsack is journalist who participated in the Women Riders World Relay. 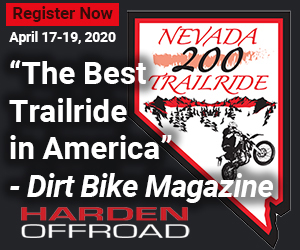