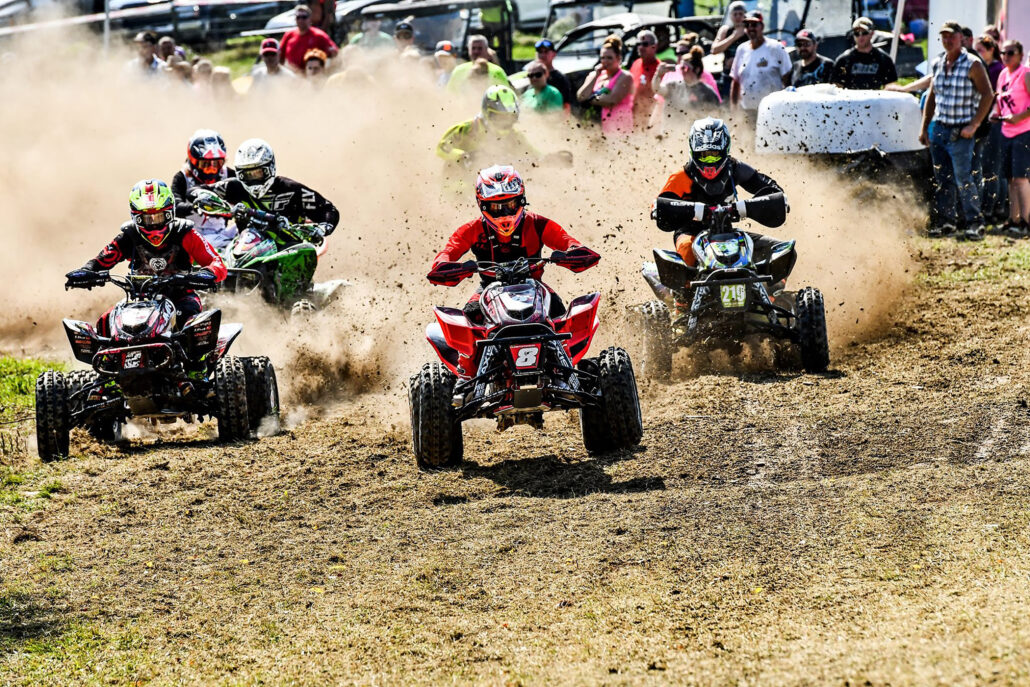 EATV riders competing at the final round of the 2019 NYOA X-Country Championship Series season. 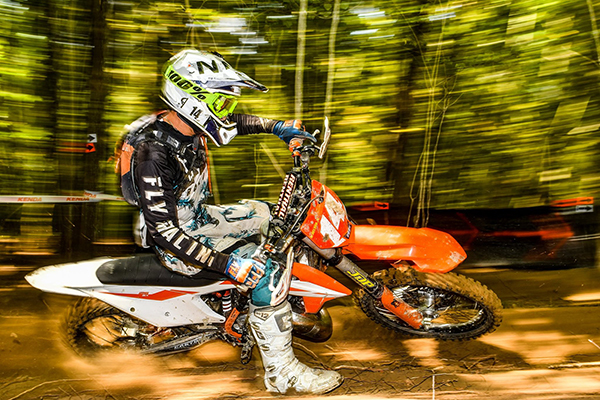 The 2019 Kenda NYOA X-Country Championship Series, an AMA Featured Series, concluded with Round 14, “The Berkshire Hills Roundup,” in Berkshire N.Y. on Sept. 22.

The AA Class took the start with nine riders battling for points. Ben Bouwens had already wrapped up the class championship with 205 points, so he sat this one out.

When the green flag flew, it was Marcus Scutt-Cornell leading the way on the 10.5-mile course.

The heat and dust started to come into play, making it hard to see in the open sections. The riders fought a fierce battle nonetheless. But Dominick Morse got off course, ending his chance to compete for the win when some fence banner got wrapped up in his rear wheel, costing him precious time.

After five laps on this brutal course, Delosa had held on for the top spot followed by Maryott and Calkins.

Seven AA Quad competitors were in the start field, including Jarrod McClure and Marty Christofferson Jr., who scored a holeshot and tried to leave the pack behind.

The pair was riding tight. When Christofferson fluttered a bit in the lead, McClure closed on him.

The woods were starting to look like an old horror movie, with the dust rolling in like fog and settling in layers on anything uncovered.

With four laps to the checkered flag, McClure passed Christofferson and held on for the win. Ben Kowalewski finished third.

For the series, McClure topped the field with 208 points; Hunter Hart was second, with 181 points; and Christofferson finished third, with 174.

Complete results for all classes are available at https://nyoa.net/2019-results.

Bob Johnston is a photographer from Waverly, N.Y.