Ten years on the AMA Board

Reflections And A Look Ahead 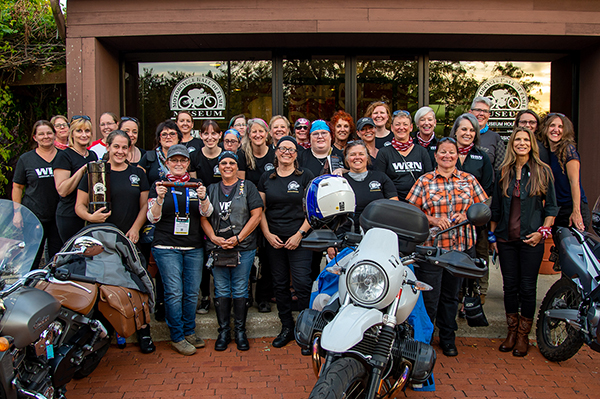 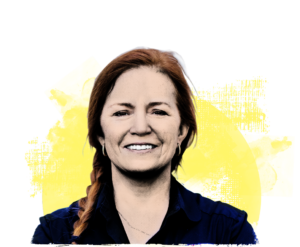 I had been very active in organized road riding in upstate New York, chaired the AMA District 3 Road Division, was an AMA Field Rep, a member of several clubs and an MSF RiderCoach. I was a diehard volunteer and was honored several times with the AMA District 3 Volunteer of the Year Award, which was jokingly dubbed the “sucker” award.

I have always loved working with likeminded people, volunteering for the betterment of our sport, raising money for charity and organizing and hosting rallies. I’ve met many of my dearest and most reliable friends through motorcycling. When I got the call about filling a vacancy on the AMA Board, I was surprised and thrilled, then petrified.

My first official event was the AMA Women and Motorcycling Conference in August 2009 in Keystone, Colo. AMA President and CEO Rob Dingman announced my appointment to a sea of smiling female faces, with fellow board member Art More looking on.

My first board meeting followed in October in Las Vegas. I took my seat in a room of about 15 men and only two females—Rob’s then-assistant Rhonda Hixon and me. I listened intently to the group of highly accomplished representatives of the motorcycling industry and felt like a commoner among a group of royals. I quickly learned that my perception of what the AMA does fell very short of reality. Like so many AMA members, I had no concept of the depth and breadth of responsibilities and services the AMA provides.

Since my early riding days, it has been my goal to witness a time when so many women ride their own motorcycles that it is downright commonplace. In 2018, I was thrilled when the Motorcycle Industry Council reported that one of every five motorcycles owned in the United States belongs to a female. I would wager that this is a growing statistic.

During my time on the Board, I never felt that I was being treated differently or less than relevant due to my gender. If anything, I was encouraged and aided by fellow Board members to spread my wings.

As one of my final official acts as the AMA Board Chair, it is an honor for me to introduce the 2019 AMA Motorcyclist of the Year: Hayley Bell, founder of the Women Riders World Relay (see story, Page 30). Hayley launched an extensive worldwide campaign to bring attention to the ever-expanding female ridership’s need for motorcycles, gear and attire.

My calendar intersected with WRWR’s stop at AIMExpo in Columbus, Ohio, in September. I registered as a WRWR Guardian for the small relay leg from Columbus to AMA headquarters in Pickerington, Ohio, for AMA Motorcycle Hall of Fame Fall Bike Night.

I spent the day browsing AIMExpo and visiting with the ladies of WRWR who had made the Women Riders Now booth their temporary home base. The excitement, energy, and sense of a newly formed lifelong sisterhood was thick. It was easy to see how and why Hayley’s project had exploded into a worldwide movement.

Later, the WRWR group rode the short leg from Columbus to Pickerington in rush hour traffic. Groups joined, then split and repeated through the busy commute, smiling and waving and loving every minute.

As the evening closed, the ladies signed the scroll that is safely transported in the official WRWR baton. We posed for photos and said our goodbyes.

I can think of no better way for me to transition from the Board to that of AMA Life Member 557560 than to introduce my new friend and sister, Hayley Bell, as the 2019 AMA Motorcyclist of the Year.

I look forward to 2020 and refocusing on my local and regional membership activities and growth, and I will continue to recognize AMA’s steadfast and longtime support of women and girls.

In December, Maggie McNally-Bradshaw completed her last term as the first female Chair of the AMA Board of Directors. She is from Schenectady, N.Y.