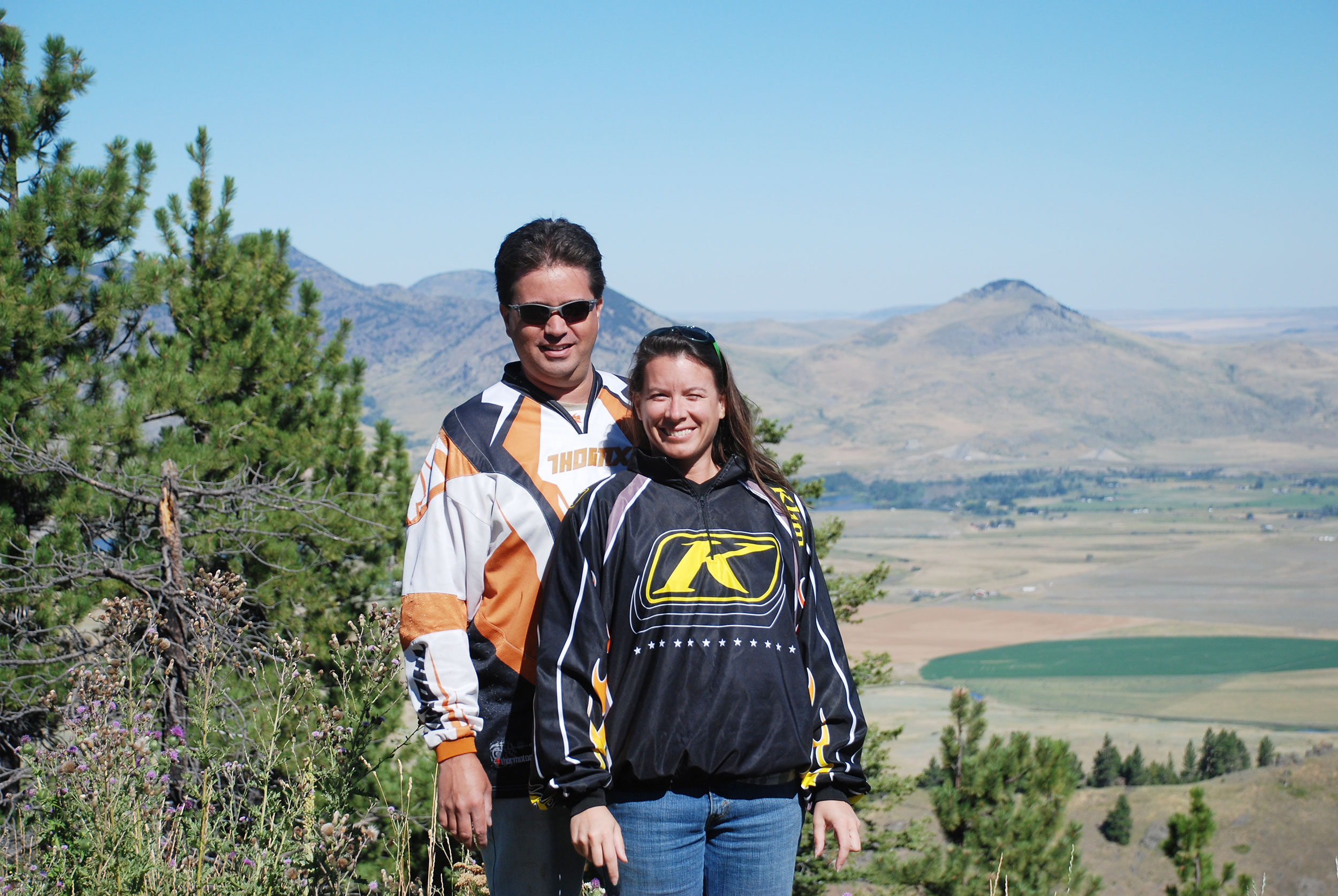 Tom and Karen Umphress’ interest in advocating for the motorcycling lifestyle started long before they accepted the position of AMA State Chapter Coordinators for their home state of Minnesota.

The Umphresses have been active riders and advocates for the riding community since the late 1990s.

“My husband got me into riding, although I was always interested in motorcycles and had the desire to own and ride one,” she said.

The Umphresses first became active in advocacy when a nearby OHV riding area was threatened with closure. Tom and Karen worked successfully to keep the riding area open. In doing so, they worked with then-AMA District 23 Government Relations Officer Don Youngdale, who encouraged them to become more involved. They also have been members of the AMA Congress (now AMA Commissions).

“I joined for the government relations side of the AMA, initially,” Tom said. “I was looking to gain credibility with local land management agencies and was looking to become the most [as] educated as possible and be part of something bigger.”

“I believe in the national voice of the AMA,” Tom said. “I believe that we need as many organized riders as possible.”

“The EAGLES program is a great way to educate our riders about the importance of being involved,” she said. “There are too many people who just want to ride and don’t want to get involved in politics. Unfortunately, staying out of politics is no longer possible, if we want to be able to ride in the future.”

The Umphresses have now taken the next step with their advocacy and volunteerism by becoming AMA State Coordinators for Minnesota.

The AMA has appointed coordinators for several states to help organize and promote AMA-related recreational and advocacy activities.

AMA State Chapter Coordinators support AMA recreational riding activity on a grassroots level in their states. Much of their work involves promoting the fun of motorcycling, in both organized events as well as individually.

The coordinators work with AMA staff, individual AMA members and AMA Districts to identify challenges and threats to motorcycling and the motorcycle lifestyle in their states. They also complete AMA EAGLES training.

Their positions also allow them to share information and to find opportunities for AMA volunteers to make a difference, both in the motorcycling community and in society as a whole.

“I believe that my wife Karen and I are the right people to help get the state chapter program kicked off in Minnesota,” Tom said. “We are well connected in the off-road community and with the ATV, snow and 4×4 communities and associations. We will be able to provide cohesiveness among AMA members in Minnesota.”

Tom and Karen also work with on-road motorcycle organizations in Minnesota, including ABATE of Minnesota and the Christian Motorcyclists Association. Karen worked for the National Off-Highway Vehicle Conservation Council from 2008 to 2017 and has experience working with several Minnesota state agencies and the state legislature.

For more information on helping establish an AMA State Chapter or how to get involved in your state, send an email to statechapters@ama-cycle.org.