Discovering History And Some New Twisties, Too 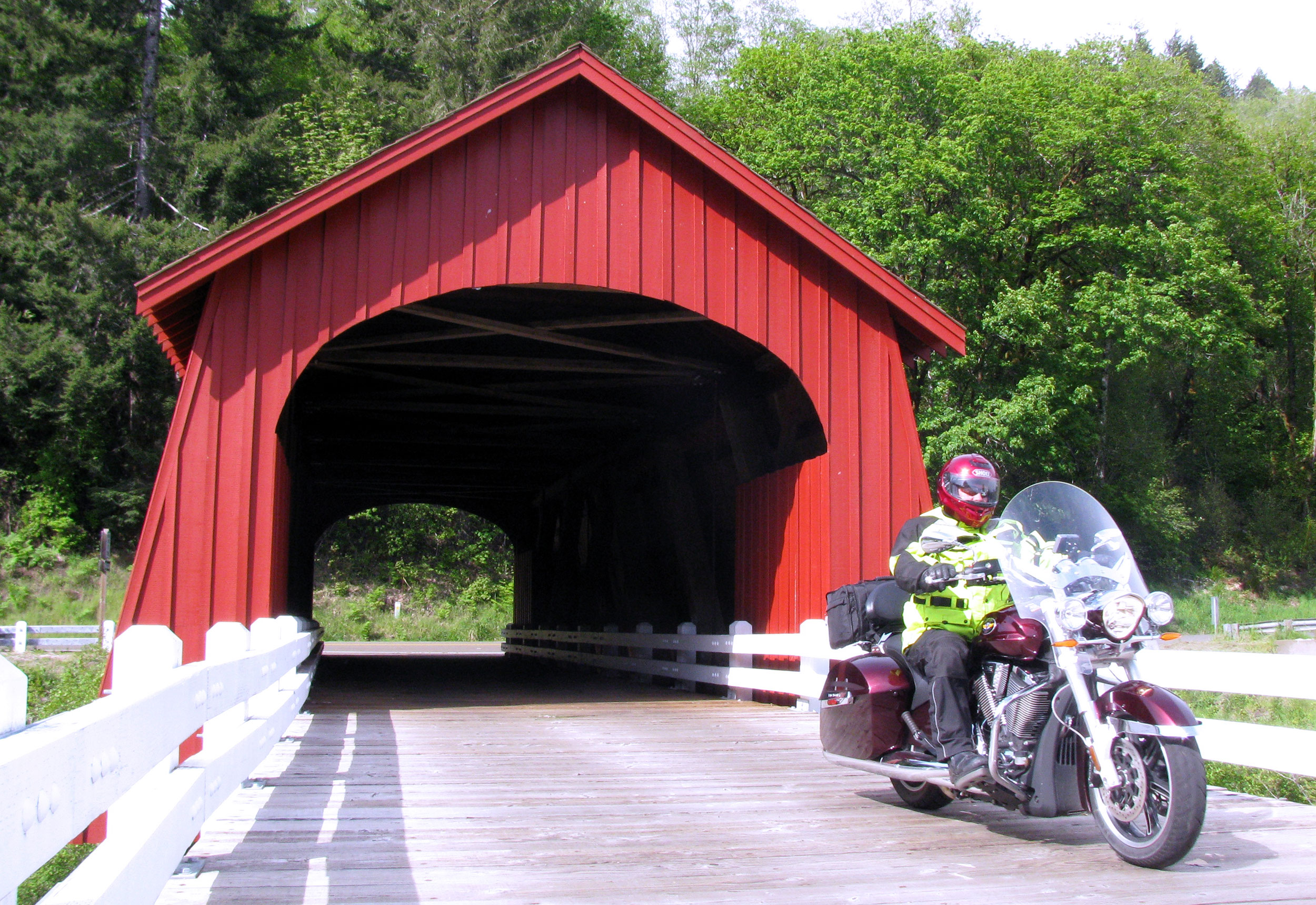 At one time, Oregon had 450 covered bridges. Today, there are 50 that have been preserved.

You can still ride your motorcycle through many of them, while others have been retired to byways, better known as rest areas, just off the side of the road where they can be visited on foot.

So why would you want to venture to these architectural spans of history?

Well, for one, aren’t you always looking for a good excuse to ride? Beyond that, to reach a good many of these, you’ll need to ride a lot of twisty backroads. That just sweetens the deal.

The first covered bridges in the United States were built either in the late 1700s or early 1800s, depending on where you’re getting your information.

That was well before the invention of the automobile or motorcycle. Bridges were needed to move people, horses, wagons, cattle, carts, market goods and trains. If a bridge was built without a covering, its lifespan would be 10 to 15 years, and it would deteriorate quickly, due to effects by the sun, precipitation and climate. Covering a bridge made for a far longer-lasting structure.

At one time across America, more than 12,000 covered bridges existed. As concrete and steel became the norm, that number dropped to 1,500 by 1950.

But in the mid-20th century, the push was on to keep what was left, and the National Society for the Preservation of Covered Bridges was created. Often backed with funding from the Federal Highway Administration, the society can request and receive grants to rebuild. Other times, communities pull together to raise the money. To date, the FHWA has invested more than $3 million in covered bridge restorations in Oregon alone.

Oregon, with 50 preserved bridges, is a perfect destination for a little exploration and history. A few highlights include:

• Wimer Bridge (Jackson County): The original Wimer Bridge was built in 1892, replaced in 1927 and again in 2008 using a combination of a federal grant, county funds and donations.

• Ritner Creek Bridge (Polk County): Located just off the Kings Valley Highway north of Wren, the rebuild on this bridge was done for pedestrians only. Inside you’ll find picnic tables, making it a perfect place to enjoy a packed lunch as you explore the Kings Valley.

• Rock O’ The Range (Deschutes County): The only covered bridge left east of the Cascades, it’s a privately owned and maintained covered bridge that is open to the public.

If you’re really an architectural nut, you can drill down for more information at oregon.com, covered-bridges.org and traveloregon.com. 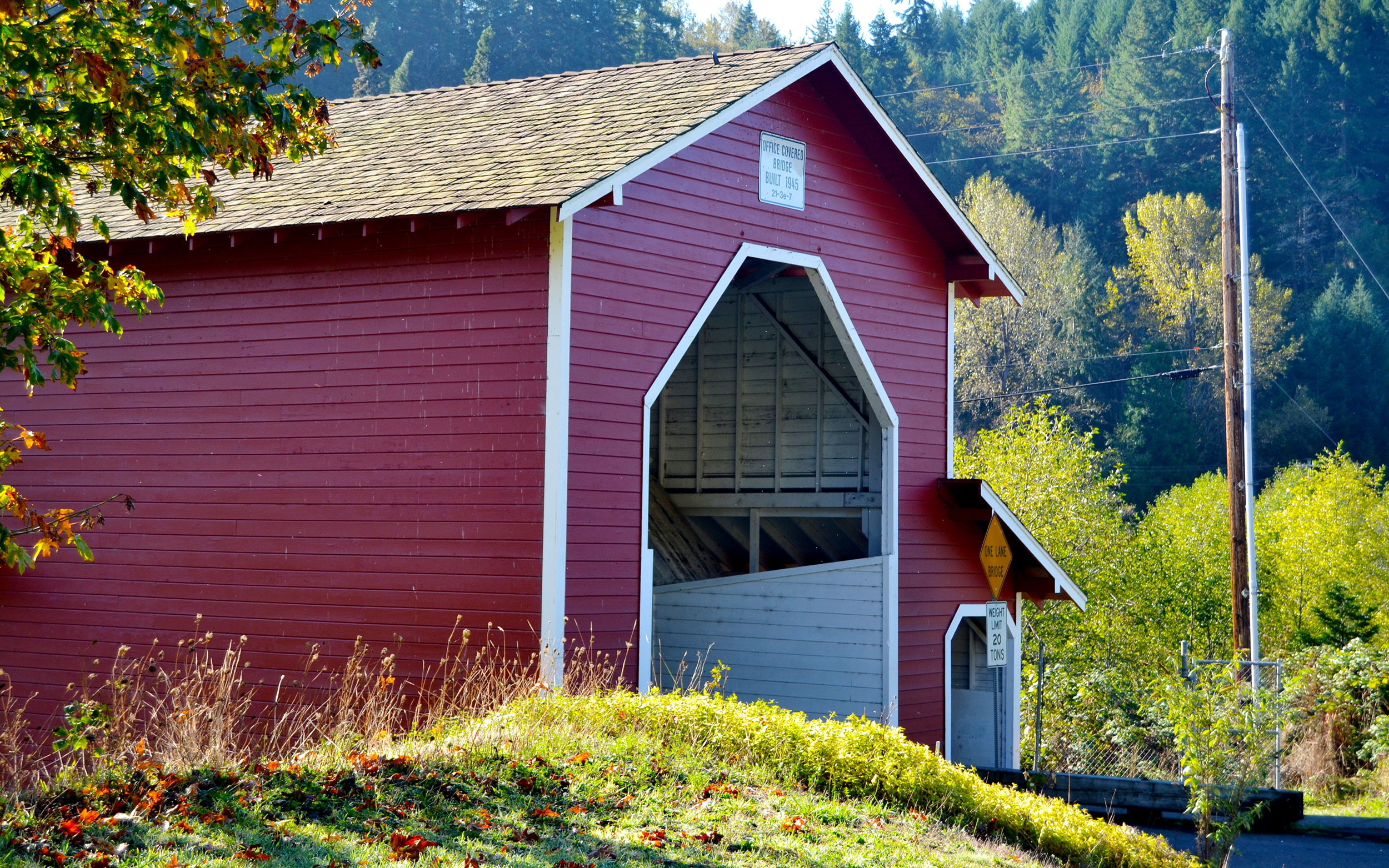 With so many bridges and great roads in Oregon, you could spend hours discovering these carriers of the past, while riding some nice roads in between.

Wikipedia is a great place to start for information about every bridge. Simply search “Oregon covered bridges” for the page that lists them all. The listings are sorted by county and include longitude/latitude coordinates, making them easy to locate in a detailed area atlas. 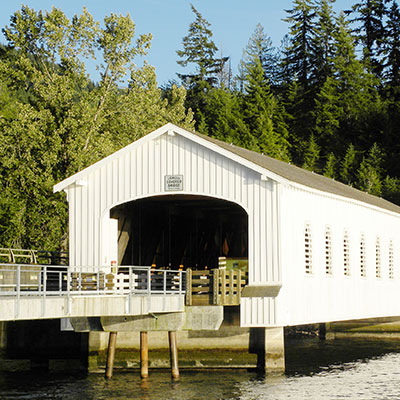 Counties like Douglas (six bridges) Lane (19) and Linn (eight), have been busy restoring and maintaining their covered bridges.

The idea is to pick a county that is plentiful with these bridges, select the ones you want to visit, and then create a route that will get you to each one. There’s just one rule to follow: No interstates. As luck would have it, much of old Highway 99 will suffice for keeping you off the slab.

The atlases produced by Benchmark Maps show most of the existing bridges. If you use software like City Navigator, many of them are inserted there as well. Simply select a county, pick your bridges, create your route and go ride. Be sure to pack a lunch and plug in one of the bridges as a lunch stop on your route.

Of course, if you live in Oregon, you could make a list of all the bridges, hit them one by one, and then treat yourself to a filet mignon, design your own finisher’s t-shirt and wear it with pride when you’ve hit them all.

Linn County. Based on its proximity to the Eugene/Springfield population center, Linn County is a good place to get your feet wet doing a little bridge hopping. The suggested ride here entails five bridges in a 35-mile ride.

Kick it off in Lyons and drop down south to the Hannah Bridge (Scio), then head west to pick up the Shimanek Bridge (Scio). Wind around on the roads north of Scio, then zig-zag to the Gilkey Bridge (Scio) west of town. From here, head south to Crabtree, then northeast to the Hoffman Bridge and finally, head east to our last expanse, the Larwood Bridge (Lacomb). Scio has a quaint bakery in town perfect as a breakfast or lunch destination when you’re done.

Douglas County. By staying off the interstate, this route plots out at just a tad over 100 miles in length. 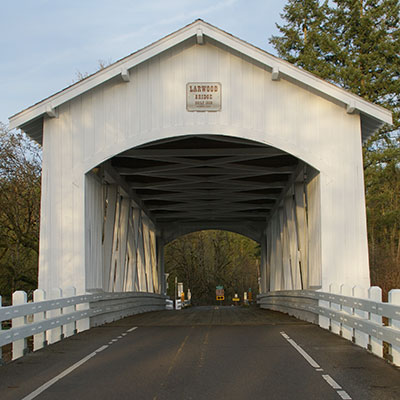 Head east from Springfield, then down the Jasper Road to the first in this series of five, The Pengra (Jasper) Bridge. Continue southwest crossing across the Dexter Reservoir over the Lowell Bridge (Lowell). Head east on SR 58 and at Westfir, cross over the Office Bridge (Westfir).

There is a tricky way to do this west to east, using two modern bridges off the main highway between Westfir/Oak Ridge Road and Sunset Road. Google Maps or your atlas will assist you here. The next stretch takes you along an Oregon favorite, the world-famous, Aufderheide, aka FS 19, to Rainbow.

When you arrive, wind your way to the Belknap/McKenzie Bridge. If you are low on fuel, it’s available in town. Finally, ride southwest back toward Springfield and pick up your last span, the Goodpasture Bridge near Vida.

Don’t live near Oregon and won’t be visiting soon? Find out what’s near you, create your route and ride!

Tom Mehren produces soundrider.com, an online resource of information about riding motorcycles in the Pacific Northwest and has authored six tour books on the subject. 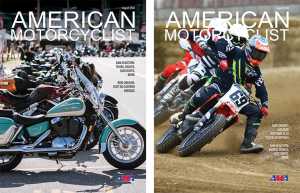