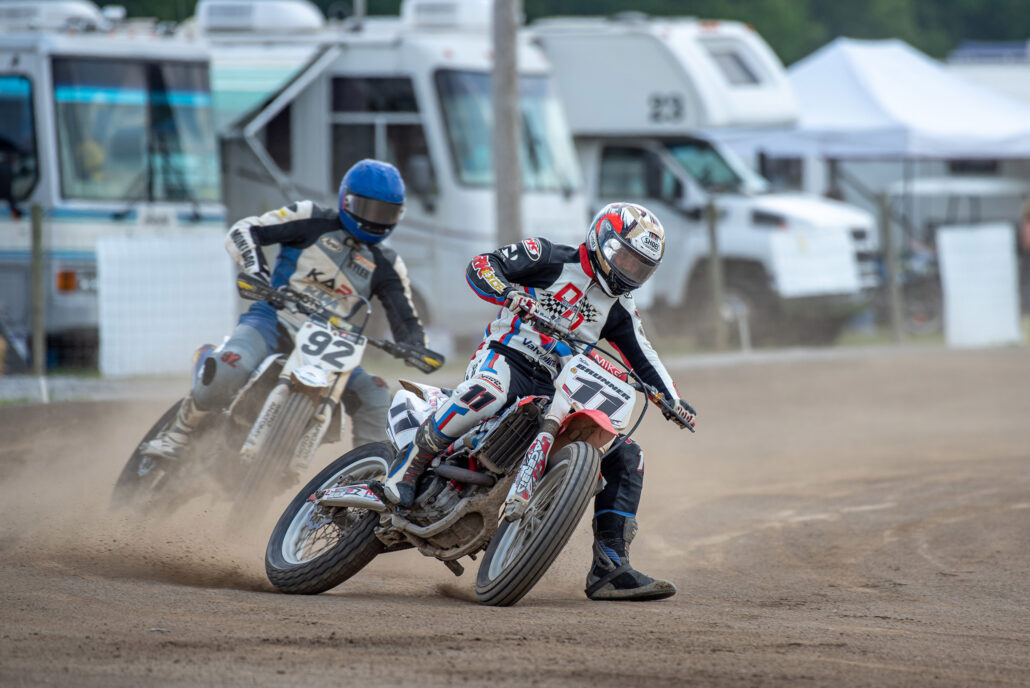 Trevor Brunner wasn’t happy with his performance at the 2018 AMA Flat Track Grand Championship, but he was smiling from ear to ear at the conclusion of the 2019 edition of the event. 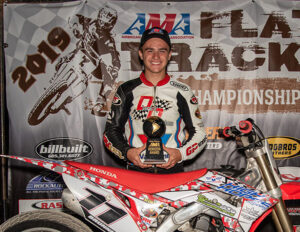 The Nicky Hayden AMA Flat Track Horizon Award honors the amateur racer who is poised for success at the professional level.

The four-day event took place July 23-26 at the Ashland County Fairgrounds in Ashland, Ohio, and the Triangle Motorcycle Club in Harpster, Ohio.

He said his goals were to be consistent and maintain his poise. Brunner plans on making his pro debut at the 2020 American Flat Track Daytona TT.

“He told me before we got here that he wanted to win four AMA No. 1 plates and the Horizon Award, and he went out and did it,” Brunner’s stepfather, Tommy Hensler, said. “Trevor wasn’t happy with how he did at this event in 2018 and made changes to his training and nutrition that really helped him this year.”

Horn made the most of his trip to the central Ohio event from La Verne, Calif., winning class championships in the 85cc DTX (7-11) and 85cc Modified (7-11) classes. Williams, of Holly, Mich., captured the 50+ Super Senior Class.

The AMA Fast Brain Award includes a $1,500 educational scholarship that benefits one young racer whose talent with the throttle is matched by his or her aptitude in the classroom.