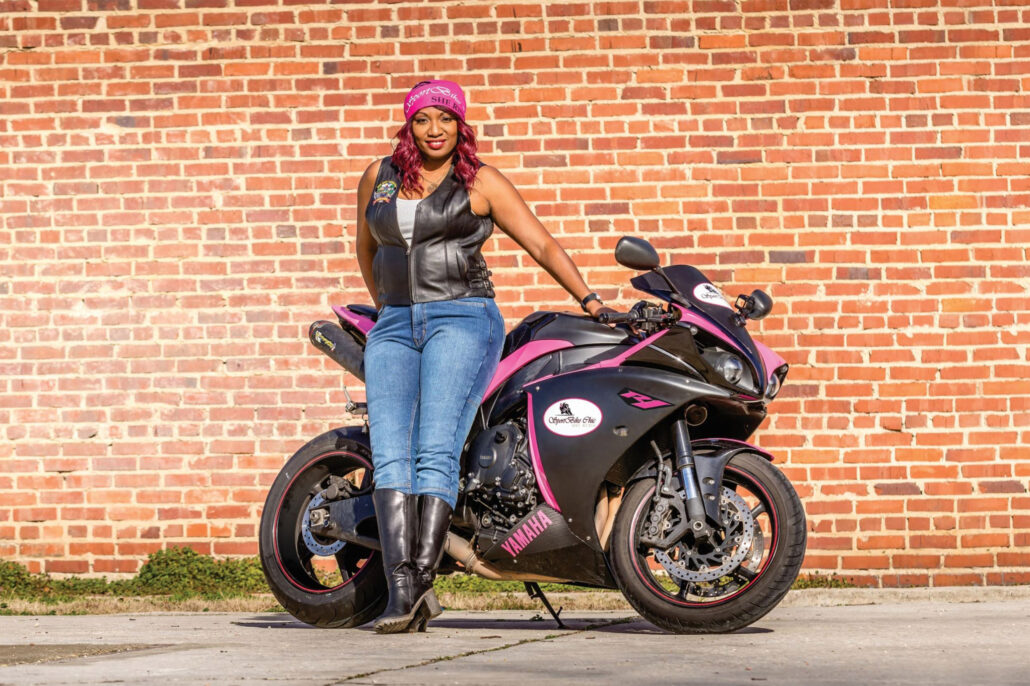 About LaShundra LaShundra Rucker is a former U.S. Marine with a background in technology and management. “I bought my first motorcycle in 2008,” she said. “I wouldn’t say that I became a motorcyclist until perhaps 2009, when I took my first ride to Mississippi solo on my bike. That was the first time I felt like I could truly appreciate just being on the open road, nothing on the mind necessarily and taking it all in without distractions.” Rucker owns a 2009 Yamaha R1 that has about 58,000 miles on it. She’s taken the bike from her North Carolina home to California, Mississippi, Oklahoma and Florida. “These days, I am doing more day rides,” she said. “However, I like road trips best. The goal for 2020 is to get back to the basics—more riding, more often.”

Like so many female motorcyclists, AMA member LaShundra Rucker identified a need in the marketplace for riding apparel and accessories designed and manufactured specifically for women.

Instead of waiting for major brands to develop and offer the items she wanted, Rucker opened a business—SportBike Chic—dedicated to providing women motorcyclists and passengers with quality options and sizes that fit.

“SportBike Chic was officially established in 2016,” Rucker said. “We spent three years working on sizes, patents and designs. 2019 was the first year where everything started to come together with the products, the patent and most importantly, the sizes.”

At her website—www.sportbikechic.com—Rucker now offers tank purses, jeans, armored sweatshirts and hoodies, jewelry and jackets for women and armored shirts for men and women.

“The response has been good so far,” Rucker said. “People love the products and definitely love that there’s someone interested in bringing products to the market for women motorcyclists and passengers.

“They provide feedback, and, sometimes as a result of that feedback, we’re able to make our products better,” she explained. “When you look at a product that comes from SportBike Chic, someone said, somewhere, ‘We need this.’”

Rucker got involved in motorcycling as a passenger on a boyfriend’s bike.

“I always liked motorcycles,” she said. “I wanted my own. When I had the opportunity, I got one.”

Her riding experiences revealed the need for more women’s apparel.

“The inspiration for my initial ideas, again, were selfish,” she said. “It was based on what I needed and wanted. As SportBike Chic evolves, it’s not just a combination of what I want and what makes sense. Now it’s evolved into what are the women telling me they want. Now my question becomes, ‘How can I get that to them?’”