Riding To The Rally 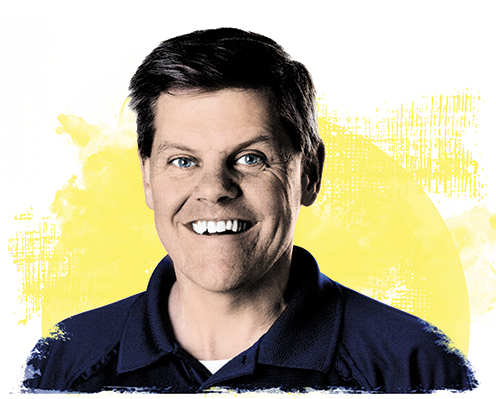 For most of the past 20-plus years, I have attended the Americade motorcycle touring rally in Lake George, N.Y., and this year was no exception. Each year I try to get in at least one longish motorcycle trip, and most years Americade is a perfect destination.

The trip is roughly 630 miles one-way from the Columbus, Ohio, area and usually takes about 10 hours. It is a long one-day trip, but a relatively short two-day trip. I have ridden it in a day, but since I was travelling alone this year, I decided to take the two-day option.

I was fortunate to have missed the rain on the way there, only hitting a slight drizzle on day two about an hour and half from my destination. Americade without some rain is virtually unheard of.

This year, the weather was great with it only raining during overnight hours.

On day two of the return trip, I did spend the first two hours in the rain. It is riding in the rain when I miss my Gold Wing most, but with an aftermarket windshield on my Triumph Tiger, the rain doesn’t bother me too much.

Americade has changed and improved a lot over the years, and this year the changes were perhaps more dramatic than ever. The most significant change was the move of TourExpo, the trade show portion of the event, from its long-time home on Million Dollar Beach to The Festival Commons at Charles R. Wood Park, a property formerly occupied by an amusement park called Gaslight Village.

Million Dollar Beach is owned by the State of New York and run by the Department of Environmental Conservation. Apparently, DEC got greedy and wanted to charge too much rent for the property for the week. In fact, I thought the Festival Commons space worked out great and was an improvement over the former beach location.

The AMA booth was located at The Festival Commons, distributing AMA Gypsy Tour pins, selling memberships, answering questions about the association and selling raffle tickets to the Ural sidecar rig raffle bike. The Ural is being raffled to raise money for the AMA Motorcycle Hall of Fame. If you didn’t see the bike at Americade, don’t worry. You can still buy tickets online at www.motorcyclemuseum.org. Of course, I would like to extend a big thanks to the AMA volunteers who helped staff the membership tent—we couldn’t do what we do without all of you. 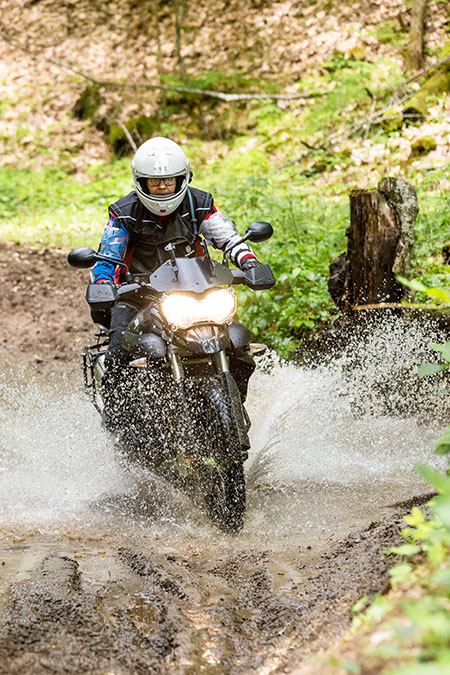 Another major change was the addition of the Americade Block Party. A portion of Canada Street, the main strip in the Village of Lake George, was closed to accommodate the block party, which included live music and stunt shows. This was open to the public, not just Americade attendees, and drew large crowds. I don’t ever remember seeing such large crowds on Canada Street. Those in attendance not only seemed to be enjoying themselves but also appeared to be patronizing the local businesses more than I recall seeing in past years.

This year’s event also featured the first annual Americade Ride for Kids charity ride to benefit the Pediatric Brain Tumor Foundation. Ride for Kids and the Pediatric Brain Tumor Foundation were founded by AMA Motorcycle Hall of Famers Mike and Dianne Traynor. Ride for Kids events are sanctioned by the AMA and held throughout the country. In 2018 alone, there are 24 sanctioned rides, and through the nine 2018 events conducted by press time, they have already raised $757,341. Since the rides began in 1983, the PBTF has raised more than $50 million for the cause, which is remarkable. Ride for Kids events demonstrate the generosity of motorcyclists for an extremely worthy cause and I am proud to say that I participated in this inaugural Americade Ride for Kids event.

I participated in Dirt Daze as well, joining two all-day guided adventure rides through the Adirondacks, including one led by Americade founder Bill Dutcher. Both rides were roughly a 50/50 pavement-dirt mix. One was about 120 miles and the other about 150. Each ride offered something a little different, and both were well worth the trip.

When I returned home, the Tiger’s computer said that I had gone 1,564.4 miles over 31 hours and 15 minutes of riding time. I averaged 37.9 miles per gallon and 54.6 miles per hour including roughly 1,254 fully loaded miles of slab and about 135 miles of dirt roads and trails.

If you haven’t attended Americade or Dirt Daze, I highly recommend them. If you haven’t had the opportunity to do some adventure bike riding, you don’t know what you are missing. The variation and quality of adventure models available from manufacturers has never been so good.

I am already looking forward to Americade and Dirt Daze 2019!