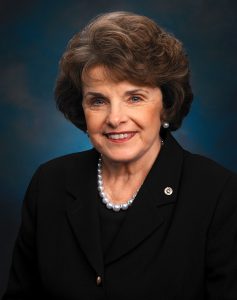 The U.S. Senate and House have passed S.47, an omnibus public lands bill that designates more than 1 million acres of Wilderness and permanently reauthorizes a federal program to pay for conservation measures.

In addition to the Wilderness designations across several Western states, there are elements that secure or expand off-highway vehicle recreation in California.

Among the limits on current or future recreation are designations on 1.3 million acres in Utah, New Mexico, Oregon and California as “Wilderness,” the most stringent level of federal land protection. The designation prohibits any development and bans the use of all motorized vehicles.

The bill also creates permanent protections for land in Montana and Washington state. In addition, it classifies approximately 225 miles of river in Massachusetts and Connecticut and 280 miles of river in Oregon as Wild, Scenic or recreational.

Included in the omnibus bill are U.S. Sen. Diane Feinstein and U.S. Rep. Paul Cook’s California desert bill that adds six Wilderness areas in Death Valley National Park and releases six Wilderness Study Areas, or WSAs—areas that have been managed as de facto Wilderness but now can be considered for recreational uses, including OHVs.

Designates a three-year period for the public to lobby the Interior Secretary for new motorized routes;

Eliminate access to at least 50 miles of routes currently open to OHVs;

Create a seven-member federal advisory board, with one member from the motorized community; and

Prohibit creation of new motorized routes, but allows repairing or rerouting existing routes for public safety or to protect resources.