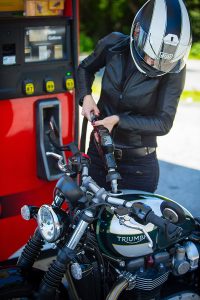 The Consumer Protection and Fuel Transparency Act of 2019 (H.R. 1024) is a bi-partisan bill to require the U.S. Environmental Protection Agency to revise the current E15 warning labels to make it more apparent to consumers that fuel containing more than 10 percent ethanol may not be used in any motorcycles, small engines or all passenger vehicles manufactured before 2001.

Under the bill, warning labels would have to contain information about the damage E15 can cause and include images and text on a label that is 5 inches by 7 inches or larger. 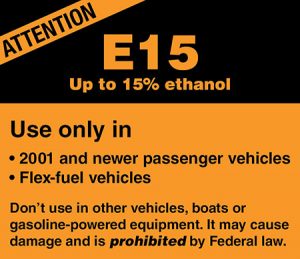 E15 is fuel that contains 15 percent ethanol by volume. Most vehicle fuel sold in the United States contains no more than 10 percent ethanol (E10), which is the highest ethanol blend approved by the EPA for use in motorcycles and ATVs.

The AMA opposes the spread of E15 in the U.S. marketplace because of the risk of inadvertent misfueling and subsequent engine or fuel system damage. In addition, as E15 begins to permeate the marketplace, the AMA is concerned it will further reduce the availability of the E0 fuel preferred by many motorcyclists and required for older machines. Rather than increasing consumer choice, this move could ultimately reduce choice for motorcyclists and ATV riders.