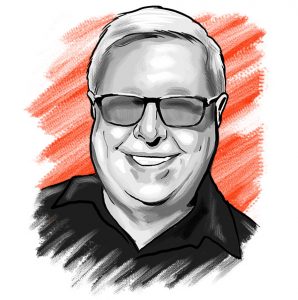 After spending nearly 30 years helping others learn to ride motorcycles and improve their skills, David Surgenor has retired from the Motorcycle Safety Foundation.

With a degree in elementary and early childhood education, Surgenor was a natural. Following advice from a friend who was an MSF instructor, he “fell in love with training new and experienced riders sharing the joy of motorcycling.”

“Working for the Pennsylvania (training) program became my life,” he said.

Under his guidance, the Pennsylvania training program grew from 40 training sites serving 12,000 students to 72 sites training 29,000.

“I felt a personal responsibility to see that everyone who wanted training not only had a location to go to, but that they were getting the high standards of training built into the MSF curriculum,” he said.

Surgenor has owned more than 40 motorcycles, from dirt bikes to tourers. He recently sold his Harley-Davidson Road King and believes he is finished with long-distance rides.

“My next bike is undetermined right now,” he said. “The choices of styles nowadays are incredible. Lightweight and retro style has my eye.”

As for retirement, Surgenor has “no big plans.” He is caring for his aging mother.

“She was always there for me, and I believe it’s my turn now,” he said.