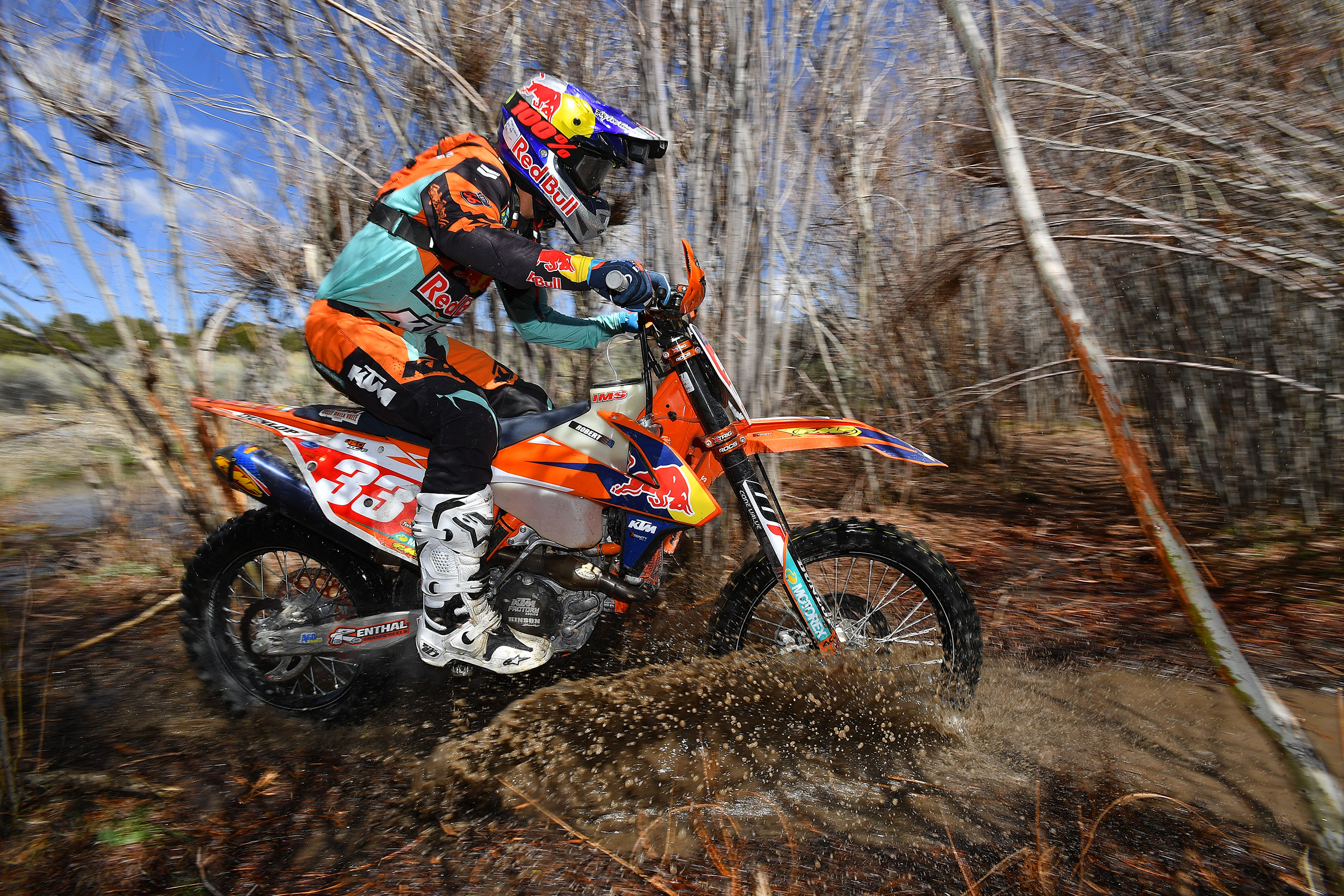 Robert Returns To The Top

Taylor Robert returned to his winning ways in April at the 2018 Kenda/SRT AMA National Hare and Hound Series’ Sage Riders National Hare & Hound event. After missing the previous two races, Robert showed he still has the pace to win, crossing the finish line 24 seconds ahead of Honda rider Kendall Norman. The winner of the previous two rounds, Norman’s second-place finish allowed him to retain his position atop the championship standings. Third-place went to Nicholas Burson, who finished more than four minutes behind the front runners. The Yamaha rider ended the day second in the championship standings, 24 points behind Norman. 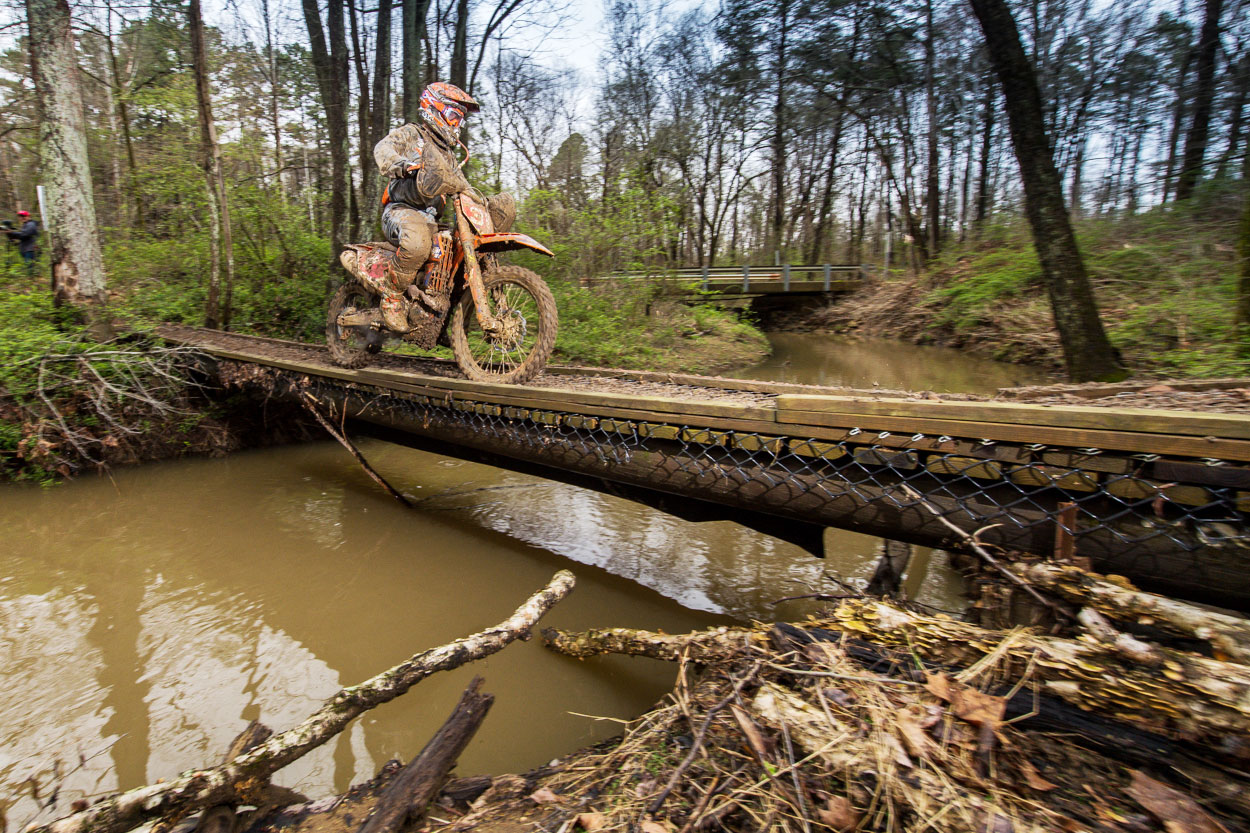 While heavy overnight rains made for a muddy, rutted Kenda AMA National Enduro Series’ Red Fox National Enduro on April 15, there was no slowing Steward Baylor. The KTM rider remained perfect on the season, taking his second win and extending his points lead in the NE Pro 1 class championship. Finishing second was Josh Toth on a KTM. Toth has finished in second place in both National Enduro Series races this season and ended the day with a 10-point gap behind Baylor in the championship standings. Rounding out the podium was Husqvarna rider Thad Duvall. After his DNF in Round 1, Duvall’s podium in Round 2 gave him 21 points, which places him seventh in the championship standing. 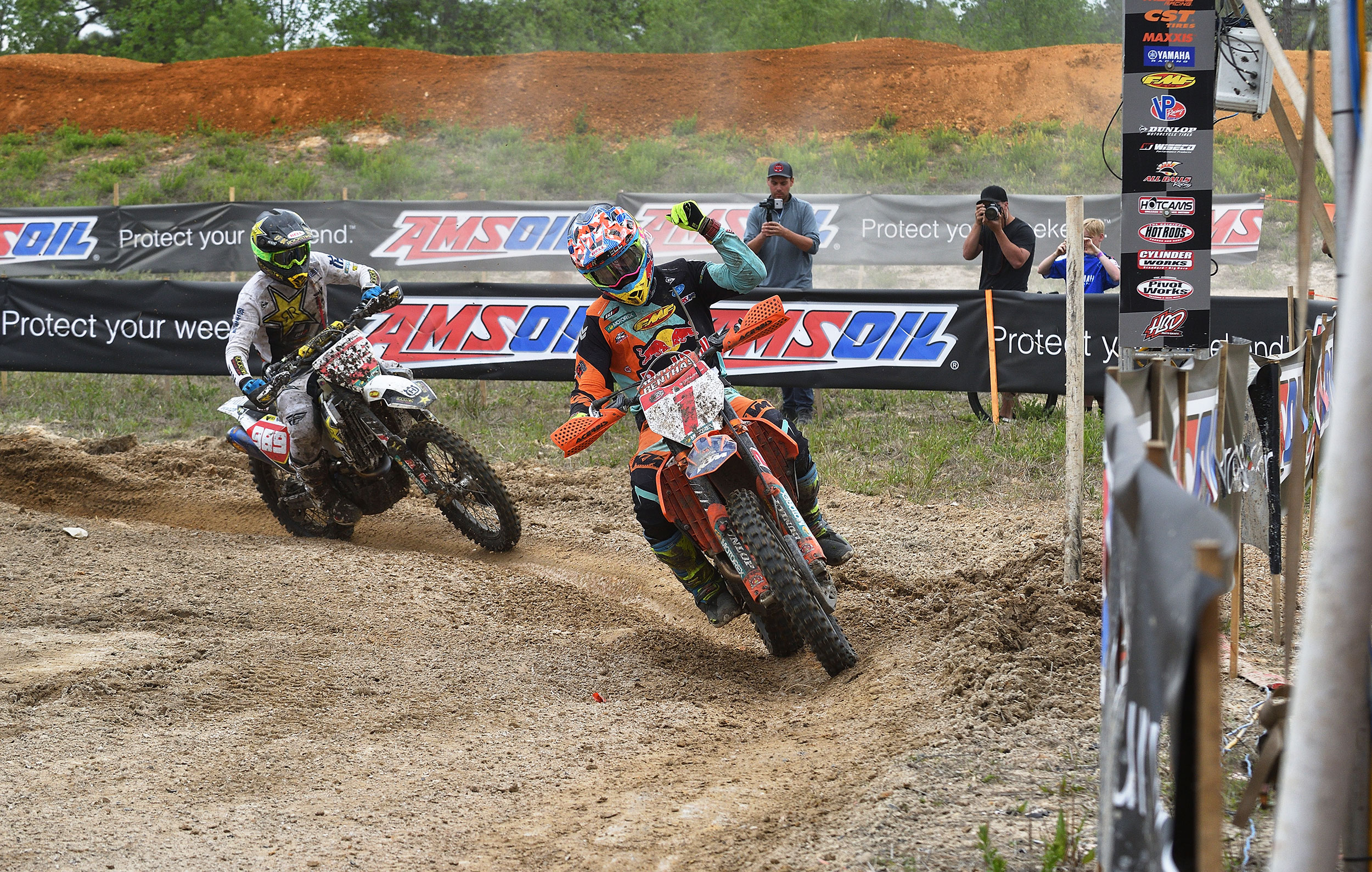 While Kailub Russell’s bid for a perfect season is over, his championship hunt is still very much on course. After scoring a second-place finish in the previous Grand National Cross Country series’ event, Russell took his fourth win of the season on April 22 at the CST Tires Camp Coker Bullet GNCC by 0.62 seconds. Second-place went to Husqvarna rider Thad Duvall. The winner of the previous event, Duvall maintained his second-place in the championship standings with nine rounds to go. Rounding out the podium was Yamaha rider Ricky Russell. Russell’s third place was his best result of the season and moved him up to ninth place in the XC1 Pro class standings.