10 Facts About ‘The Wheelie King’ 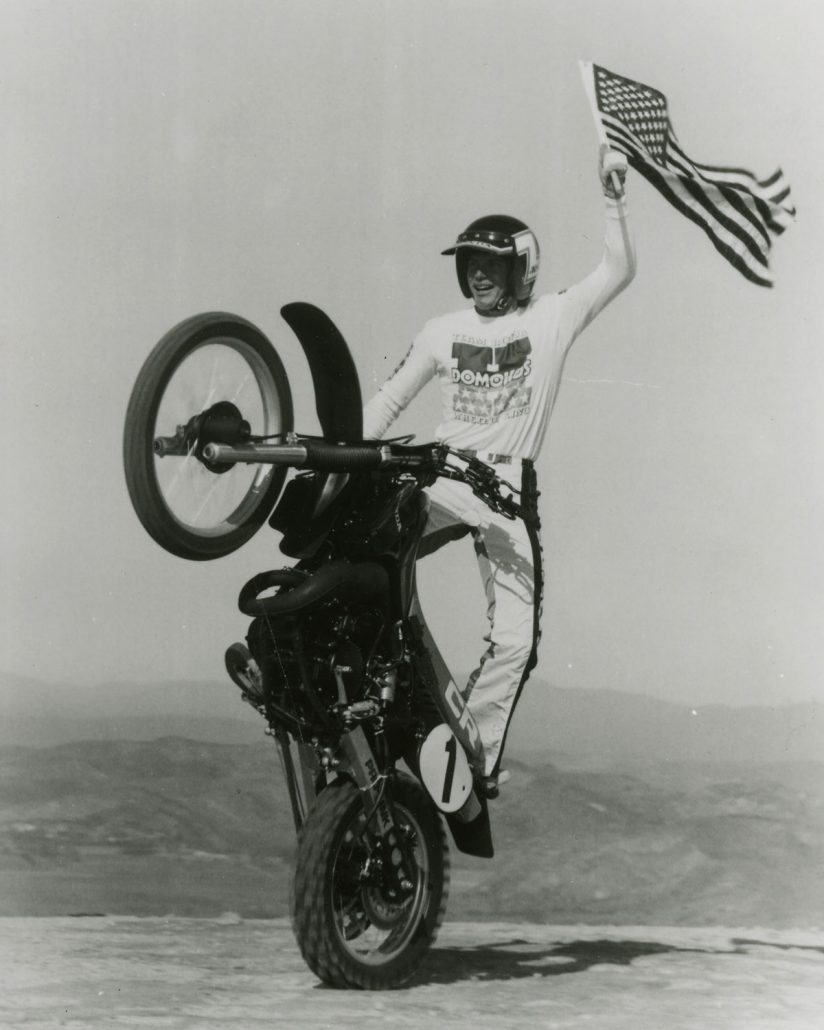 AMA Motorcycle Hall of Famer Doug Domokos, born in Niles, Mich., in 1955, was best known as “The Wheelie King.” His uncanny ability to balance and ride a motorcycle on its rear wheel, and his natural showmanship, made him one of the premier motorcycle performers of the 1980s and 1990s.

Here are 10 facts you may not have known about Domokos, who died in 2000 in an ultralight aircraft accident. He was inducted into the Hall of Fame in 2002.

1. Domokos’ first job out of school was a mechanic in a motorcycle shop owned by Gene Ritchie, who promoted the motocross National at Red Bud in Buchanan, Mich.

2. Domokos got his start as a showman doing wheelie shows at Red Bud.

3. In 1978, Kawasaki’s Bryon Farnsworth signed Domokos and arranged for a Kawasaki-sponsored bike and a Toyota pickup for him to travel around the country doing wheelie shows at motocross tracks and, later, Supercross.

4. In 1981, Honda hired Domokos and provided specially engineered bikes with a two-speed electric motor to power the front wheel and keep it spinning while off the ground.

6. One of Domokos’ most famous magazine covers featured him riding nearly vertically with the front wheel crossed up on Kawasaki’s new 1978 KZ1300 six-cylinder sport-touring bike.

7. In 1983, he performed what was dubbed “The world’s tallest wheelie” atop the Empire State Building.

8. In 1984, Domokos won a $10,000 bet with Supercross promoter Mike Goodwin by wheelying a complete lap of the Anaheim Stadium Supercross track.

9. Domokos made it into the Guinness Book of World Records by setting a wheelie record of 145 miles at Talladega Speedway in Alabama in 1984. He also held world records for wheelying with eight passengers on a three-wheeler and six passengers on a four-wheel ATV.

10. Domokos often did exhibition rides to raise money for good causes, such as the New Orleans Children’s Hospital, the Retinitis Pigmentosa Foundation and the U.S. Olympic team.