Gratitude For The Ride 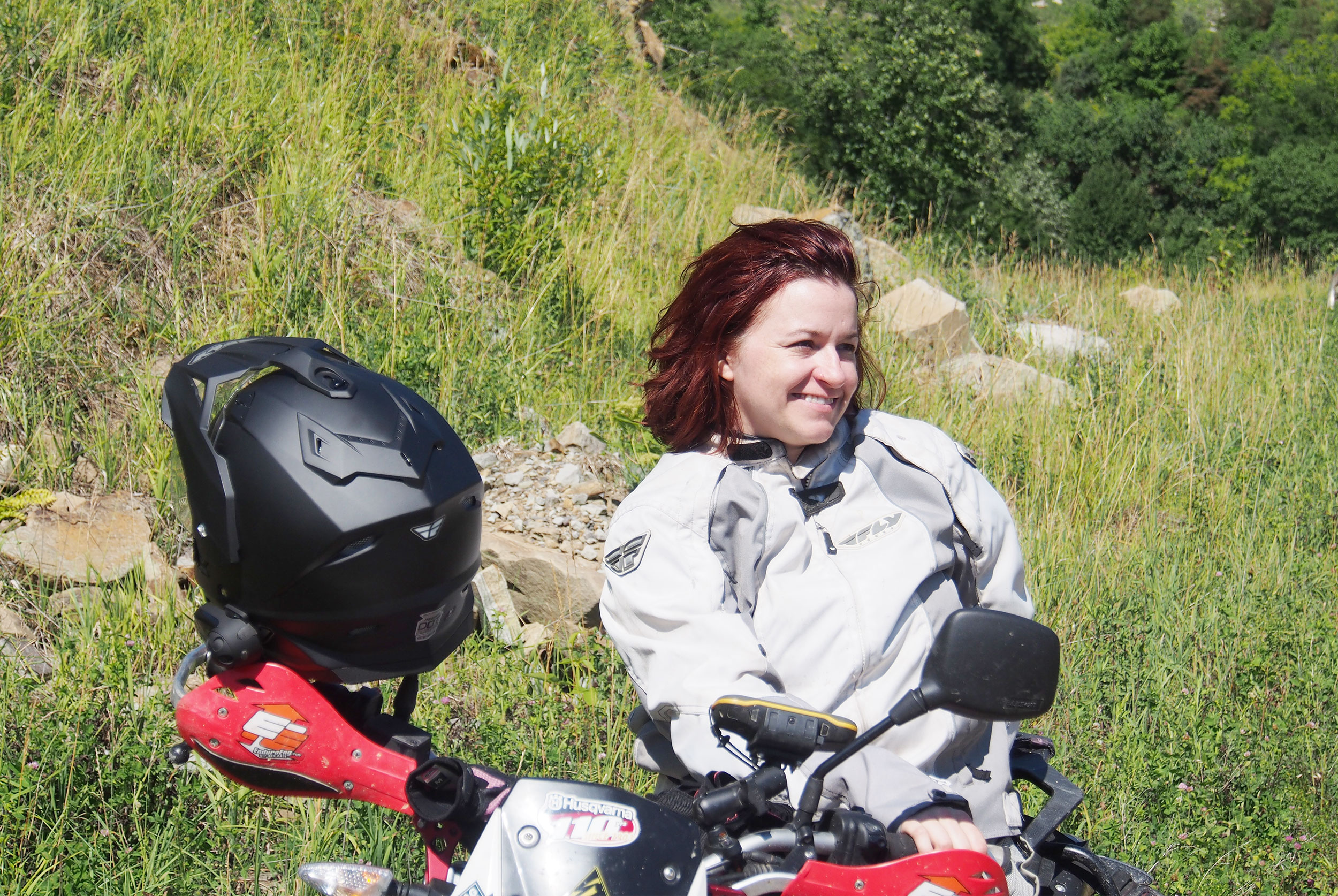 When I was a chubby-kneed, pig-tailed little girl, I loved seeing a column of motorcyclists go by. I always wanted to be part of those groups!

My first ride on a motorcycle was with a family friend when I was around 5 years old, and we rode the bumpy field on his farm. Fast-forward a number of years, and I got my wish. It was nothing like I expected, and it changed my life.

When my boyfriend turned 40 he got the itch to ride again after a break of about 15 years from riding sportbikes. He bought a 2010 BMW F800 and two helmets and home we rode—no gear, no gloves and me on the back. What a contrast to now, looking like astronauts with all the gear we wear.

I like to joke that he kicked me off the back of the bike after only three months. We bought a used 2006 BMW F650 GS. I took the MSF course and, shortly after that, went on my first ride. I have no idea how I survived. I was terrible.

A year or so into riding, the boyfriend discovered ADVRider.com. Neither of us knew this “adventure riding” world existed. I certainly had no idea what we were getting into, and it’s probably better that I didn’t! I could not have anticipated how it would change my life. Besides being ridiculously fun, it also takes hard work and skill.

This is when the changes started to happen. Although it was not the only force causing shifts in my life, it was the one area where the changes were immediately apparent.

I used to take defeat and failure pretty hard. It seemed any little setback, real or imagined, would stop me from moving forward. I talked myself out of so many things because I “knew” it wouldn’t work or I couldn’t do it. Then, I got on a bike.

The negative mindset stayed with me for a while. Every drop of the bike showed me I couldn’t do it. Every missed turn stayed with me long after it was over, distracting me and lessening my focus on the moment. The more I rode, the more my mindset shifted.

When you are on a bike and you go down or screw up, you don’t sit there, wallow and give up. You take a moment to assess yourself and the bike and take a photo to document your folly. Then you get back on the bike.

You don’t dwell on that mistake or keep replaying it. That moment usually has little to do with what is coming next.

If you are focused on the past, you aren’t paying attention to what’s coming. You need to be aware of the road, the weather, other drivers and riders, and your own bike. And also be present in the moment on those bright, crisp days when the seasons are changing and sunlight filters through yellow leaves. Or riding through the woods when the scent of pine and wood smoke rolls into your helmet.

It took a lot of focus to push things like work out of my mind and just be on the ride. As I got better at this on my bike, I started working on it in other areas of my life. I became more present in everything. I worked when working, rested when resting, and, when I was with someone, my focus was on that person.

There was a point early on when I almost gave up. I went on a ride with someone I had just met who was beyond my skill level. On paper, I had been riding for two years. But the amount of riding I had actually done was nowhere near that.

I was on the BMW with street tires, and the road went from wide and gravelly to rutted-out single track. I went down hard a few times, denting a bone in my left leg, but that was nothing compared to the hit my confidence took. I completely froze at one point but finally made it out. I didn’t ride again for nine months.

During that time, I gave riding a lot of thought. I wasn’t riding enough to get better, and I felt like a danger to myself more than anything.

Thankfully, the first ride back went amazingly well. It was the boost I needed to keep going, but I needed to ride more. Just getting on the bike and hoping for the best wasn’t enough. I took the Pine Barrens Off-Road Sand School in New Jersey. That made a huge difference and improved every aspect of my riding, even on the street.

After I took that course I was so motivated to ride! I dragged my boyfriend on so many rides that summer. From August to October that year, I think we were home for two or three weekends. The apartment was a mess and I was tired a lot, but all that time in the saddle really started to show.

I put that bike away for the winter a much better rider and determined to put that much work into the rest of my life.

Rayna Diane Hennen is an AMA member from New York.