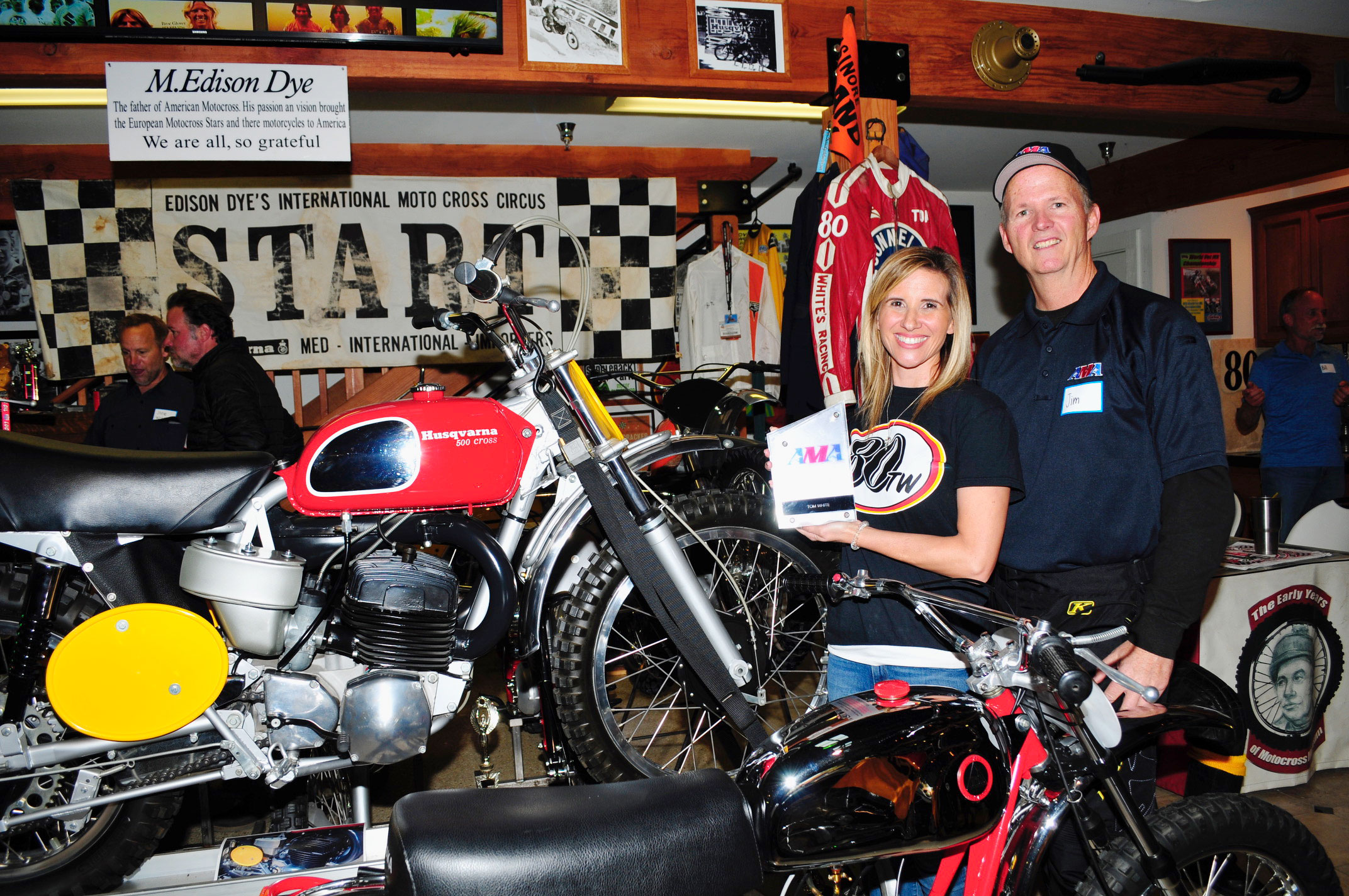 The Dud Perkins Award is the most prestigious award presented by the AMA Board of Directors. Recipients are recognized for a lifetime of service to the AMA mission.

Tom White (1949-2017) was a motorcycle racer and co-founder of White Brothers Cycle Specialties who went on to become a noted historian, philanthropist and the founder of the Early Days of Motocross Museum. He was inducted into the AMA Motorcycle Hall of Fame in 2014.

The bike in the photo was White’s pride and joy—a rare twin-cylinder Husky. Only two or three are believed to be still in existence.