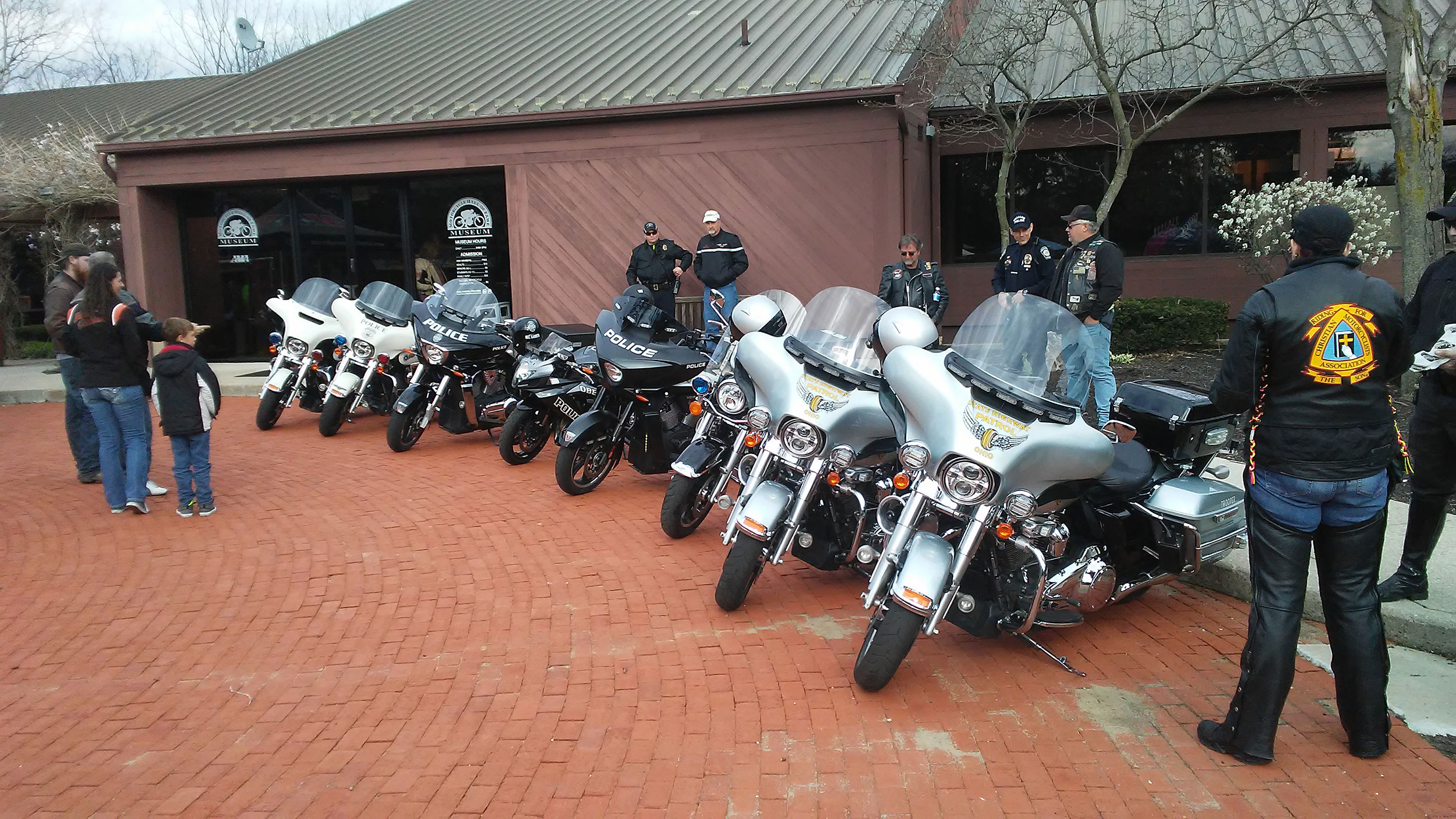 Hundreds of motorcyclists rode to the AMA Motorcycle Hall of Fame Spring Bike Night on the AMA campus in Pickerington, Ohio, on Saturday, April 28.

“This is my third AMA Bike Night, and I had a fun time,” said Brian Conrad of Blacklick, Ohio, who rode in with his son on the back of his Ducati 848. “I ran into a bunch of old friends, saw some sick Ducati bikes, and the turnout was great.”

“This was my first time attending an AMA Bike Night,” said Larry Watts, who rode his built-from-spare-parts Moto Guzzi 1100 to the event from Blacklick, Ohio. “I was really pleased with the variety of motorcycles that showed up. The police motorcycle display was neat, and the turnout was great despite the chilly weather. Overall, a fun night.”

About a dozen riders cruised into the AMA Hall of Fame Spring Bike night as part of the AMA Fun Run. The ride was led by staff from Motohio European Motorbikes.

Watch www.facebook.com/americanmotorcyclist for the date of the next AMA Motorcycle Hall of Fame Bike Night. — Michael Marino